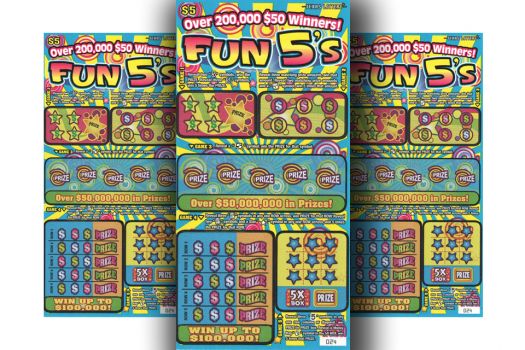 Language on the ticket suggests that the combination of a Money Bag symbol and a dollar amount means that the player has won a prize for that game.

A Texas consumer has filed an official petition with the Travis County District Court in the growing controversy over deceptinve language on the Texas Lottery Fun 5’s scratch-off ticket.

“We’re just trying to get some basic answers,” said Richard LaGarde, an attorney for Nettles. “The public deserves to know who is responsible for this situation, and what will be done about it.”

An increasing number of lottery players are expressing their anger over what they regard as deceptive language in the Fun 5’s rules.  Language on the ticket suggests that the combination of a Money Bag symbol and a dollar amount means that the player has won a prize for that game.

Believed they had won

Following that language, some players believed they had won hundreds of thousands of dollars.  But when players with the winning combination took the tickets to be scanned, the machine told them that they hadn’t won anything.  Many want to know who made the decision to treat the tickets as losing tickets.

The petition filed on October 16, 2014 seeks a court order to depose representatives from the Texas Lottery Commission and GTECH Corporation, the company that operates the Texas Lottery. According to lawyers for Dawn Nettles, a resident of Garland, Dallas County, TX, the purpose of the deposition is to find out who is responsible for the language used on the Fun 5’s ticket.

Download the filed petition (PDF) https://cleg.al/lagarde-txlottofile [/sws_pullquote_right] Before filing a petition, Nettles wrote repeatedly to both to the Texas Lottery Commission and to state and local officials, asking that someone take responsibility and act to end the ongoing problem.

The Texas Lottery Commission has not announced plans to rectify the language in the rule, and continues to sell Fun 5’s tickets despite acknowledging a number of player complaints.

“The Texas Lottery Commission holds itself to a high standard,” commented Mr. LaGarde. “It is time for them to act with integrity in this situation so they can begin to earn back the trust of the public.”

Nettles' lawyers say that despite filing a petition with the court, their client is still hopeful that the Texas Lottery Commission will do the right thing, alleviating the need for any further legal action.