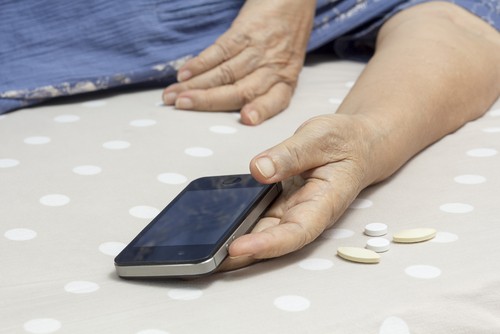 A Wisconsin Court of Appeals upheld a ruling that a man who sent text messages to a man found dead from painkiller overdose, did not have a reasonable expectation of privacy in those messages.

Information contained in the text messages was used to convict the man who pled guilty to second-degree reckless homicide.

A Delafield, Wisconsin, police officer responded to a call and found the body of Wayne Wilson. He had a fentanyl narcotic painkiller patch in his mouth. The police officer found Wilson’s phone and read text messages between Wilson and Ryan Tentoni discussing Tentoni providing Wilson with fentanyl patches.

Wilson texted Tentoni that some patches were “like duds” to him and he did not feel the effects. Tentoni suggested that Wilson fold and suck on the patch. The police officer testified that the folding method described in the text message from Tentoni matched the position of the patch in Wilson’s mouth.

The Waukesha County Medical Examiner testified that the cause of death was acute fentanyl intoxication.

Tentoni attempted to have the text messages suppressed, arguing that he had a privacy interest in the messages discovered through a warrantless search of Wilson’s phone.

He also argued the additional text messages produced under the warrant were the fruit of the “government’s illegal search of his text messages stored in Wilson’s phone.”

The circuit court denied Tentoni’s motion to suppress.  He pled guilty to an amended charge of second-degree reckless homicide, then appealed.

The Appeals court affirmed the circuit court’s finding, writing that Tentoni did not have an “objectively reasonable expectation of privacy” in the text messages because he had no property interest in Wilson’s phone.

The court examined the right against unreasonable searches and seizures under the Fourth Amendment and discussed that they are “personal and may not be asserted vicariously.”  In order for Tentoni to have had a privacy right in the messages, he had to show a “legitimate expectation of privacy” in Wilson’s phone by meeting two criteria:

[sws_pullquote_right] See also: 11th Circuit Court Rules No Warrant Needed For Police to Get Cell Records [/sws_pullquote_right]To determine the reasonableness of his expectation, the court considered six factors in the totality of the circumstances, which are:

Looking to other circuits, the appeals court reiterated that a sender of a communication, including letters, e-mails and texts, “has no privacy interest in the contents” of the communication once it reaches the recipient.

The ruling in the case follows some circuit courts that have ruled that information provided from electronic devices are not protected by privacy rights or the Fourth Amendment.

No control over sent messages

Focusing on the issue of control, the court found that Tentoni had not control over the messages he sent to Wilson once Wilson received them.

Once it reaches the recipient, the sender has no control over the message, whether it be “saved, destroyed or deleted, shared, or disclosed to others.”

The lack of control exemplifies the absence of a right to exclude others, and no reasonable expectation of privacy in the text messages.

The case is State of Wisconsin v. Tentoni, Appeal No. 2014AP2387-CRll in the Wisconsin Court of Appeals District II.