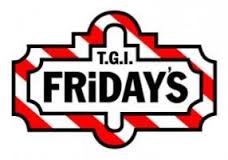 The family of a 33-year-old man who was stabbed to death by an underage drinker at TGI Fridays received a $40 million verdict against the restaurant operator.

The verdict confirms that the restaurant operator deliberately served alcohol to intoxicated minors in order to increase weekend profits.

The family’s allegations were supported by TGI Friday’s head bartender who testified that Briad Group – which operates 68 of the restaurants across 26 states – made a deliberate decision to not card minors in order to increase profits on Fridays and Saturdays.

The victim, Orlando Jordan, was a dedicated 11-year employee of Wells Fargo bank. The lawsuit is being brought by his parents, Rey and Carmen Jordan. Rey Jordan is a Marine Corps Vietnam veteran and community leader in Riverside.

After the verdict, most of the jurors stayed to speak with counsel for Rey Jordan, Keith Bruno.  “Each juror expressed that they felt they had done something good—that they could be proud of.  They were appalled by what was going on at the TGI Fridays and they wanted their verdict to reflect the value of human life in Riverside County,” stated Keith Bruno.

Rey Jordan was represented by husband and wife team Keith and Angela Bruno of Bruno|Nalu.  Mr. Bruno is a “Superlawyer” as well as The National Trial Lawyers “Top 100” trial attorneys.  Angela Bruno has achieved unprecedented verdicts in her young career. She is a trial lawyer and the managing partner at Bruno|Nalu.

Carmen Jordan was represented at trial by Nicholas C. Rowley of Carpenter, Zuckerman & Rowley, LLP.  The Consumer Attorneys of San Diego has honored Mr. Rowley with the organization’s top award – “Outstanding Trial Lawyer of the Year.”