The Latest Noteworthy Verdicts and Settlements 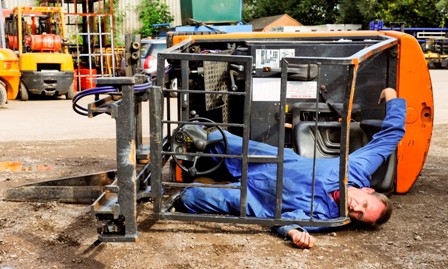 A Fort Lauderdale jury handed down a $13 million verdict for the widow of Paul Pollari, an Oakland Park butcher who smoked for about 50 years and died in 1994 after being diagnosed with lung cancer. Jurors awarded $10 million in compensatory damages and $3 million in punitive damages against Read More

What duty does a landlord owe to residents to make an apartment complex safe under premises liability law? The Florida Supreme Court recently answered that property owners cannot ignore security issues, finding an apartment owner liable for negligence for failure to repair the security gate of a Read More

A man whose left foot was partly amputated after a construction site accident in 2012 was awarded a total of $6.5 million this week by a Bexar County, Texas jury. Joeris General Contractors was ordered by jurors who deliberated for about two hours Thursday in the state’s 45th District Court to pay Read More

DURHAM, N.C. — Jurors on Thursday awarded $18 million to the estate of a Chapel Hill man who was killed in a charter bus crash two years ago. The bus was on its way to Hampton University's Open House Day on April 5, 2013, when it overturned in southeastern Virginia. Doval Emmanuel Watson died from Read More

Teen who lost leg due to delays with health plan awarded $28.2M

A Chatsworth, CA, teen who sued her Kaiser health plan, alleging delays in authorizing an MRI caused a cancerous tumor to grow and forced the amputation of her right leg, was awarded $28.2 million by a jury Wednesday. The Los Angeles Superior Court panel deliberated for about a day before finding Read More

A Mobile, Ala., jury returned an $18.79 million verdict in favor of Plaintiff Colin Lacy in a case against Empire Truck Sales, LLC of Mobile, Ala., and IMMI of Westfiled, Ind. The verdict included $13.79 million in compensatory damages and an additional $5 million in punitive damages. Lacy was Read More

A fall off a roof left Byron Van Tassell, center, paralyzed from the waist down. After hospitalization at University Medical Center, a wound was discovered at the base of his spine. Van Tassell never recovered his health, dying at 67. The family of a Tucson, AZ, man hopes a $6.5 million jury Read More

A Circuit Court jury in Portsmouth, VA, awarded $3.75 million Tuesday to a former Maersk Line Ltd. employee who claimed South Korean police raped him in 2008 while he was on shore leave, according to the seaman’s attorney. James L. Chapman IV, an attorney representing the now-54-year-old Mathews Read More