Thomas A. Demetrio Named #1 Super Lawyer in Illinois for 2017 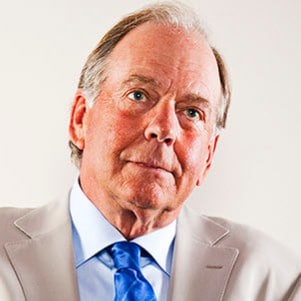 Thomas A. Demetrio, co-founder of the nationally renowned firm Corboy & Demetrio, has been named the number one Super Lawyer, ranking first out of 94,000 Illinois attorneys.

In 2015, the prestigious Lawdragon, which had previously anointed Tom “Dean of the Chicago Trial Bar,” announced that, since its inception in 2005, Tom was one of only 50 lawyers nationwide who had been selected every year for its 500 Leading Lawyers in America, naming him to its “Legends of the Bar” list, joining a select group that includes Supreme Court Chief Justice John Roberts and Associate Justice Anthony Kennedy.

He is a nationally recognized and sought after lecturer on trial techniques and advocacy skills and has authored more than 45 continuing legal education articles in the field of civil litigation.

Tom is the current Co-Chairman of the Board of IIT Chicago-Kent College of Law. He also serves as a member of the boards of Big Shoulders, Archdiocese of Chicago, the Constitutional Rights Foundation of Chicago and the Center for Disability & Elder Law. He is a past member of the Board of Trustees of IIT, Notre Dame Law School, St. Ignatius College Prep, and Mundelein Seminary.

While Tom served as president of the Chicago Bar Association, he expressed a desire to impact the lives of Chicago’s underprivileged children who, he believed, would greatly benefit from mentoring. The Thomas A. Demetrio Award of Excellence was thus created recognizing the efforts of exceptional tutor/mentoring programs throughout Chicago. With Tom, the CBA and Chicago Bar Foundation, in 1995, created the Lend-A-Hand program, which, in addition to the annual Demetrio Award, has granted over $1.6 million to exceptional mentoring programs for underprivileged youths in the Chicago area.