Thomas Girardi Selected as Citizen of the Year by the IATP 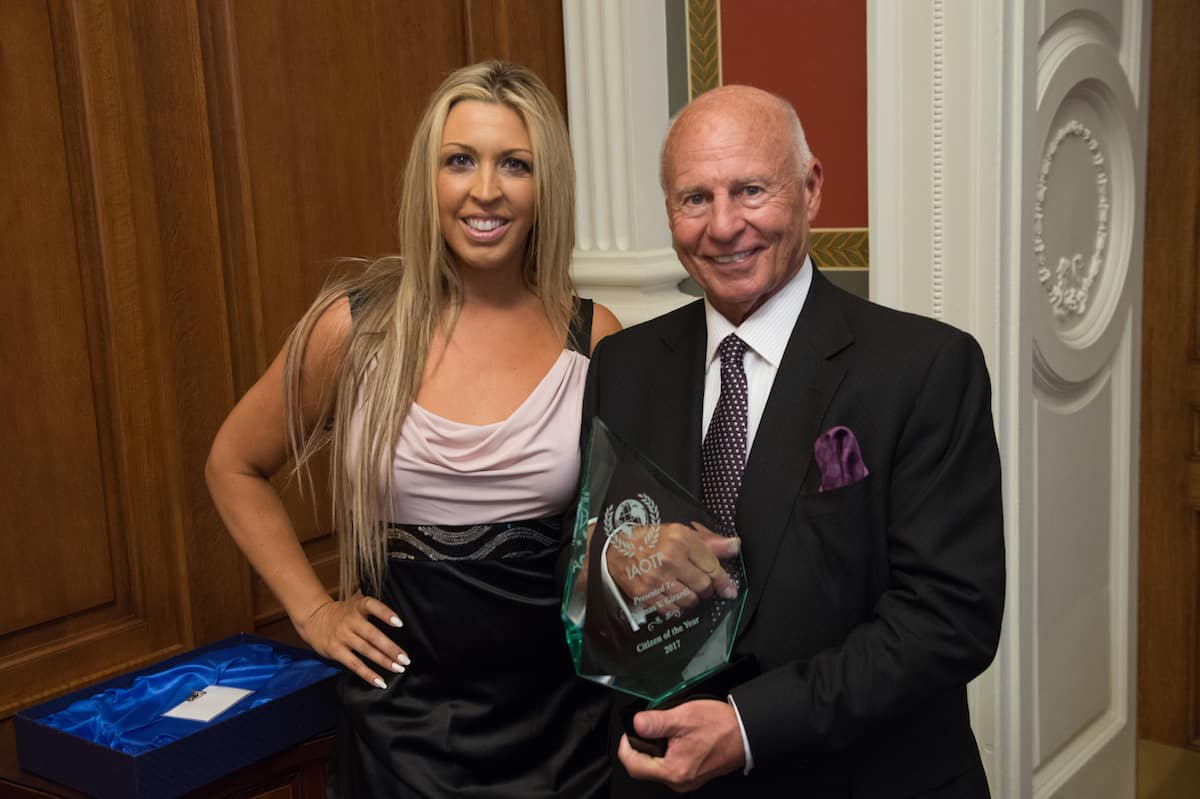 LOS ANGELES, CA -- Thomas Vincent Girardi, Attorney and Founding Partner of Girardi & Keese, was selected as the “Citizen of the Year” for 2017 by the International Association of Top Professionals (IAOTP), for his humanitarian efforts, outstanding leadership, and generosity to his community.

Thomas Girardi is known for being the famous trial attorney from the Erin Brockovich case. He has been a trustee of the Library of Congress in Washington D. C.  for the past four years and was appointed by the Senate.  He is also on the James Madison Council.

He hosted a networking event at the Library of Congress for the members of the International Association of Top Professionals, where members from all around the world flew in to attend this grand event.

The members dined in the exclusive Jefferson Room, reserved for only exclusive Library members, while viewing some the Library’s Historic Treasures.  Members then viewed the “Drawing Justice Exhibit” which was Mr. Girardi’s collection of many original courtroom drawings and sketches on major trials throughout the Country (including the O.J. Simpson jury, and Madoff being escorted in handcuffs) and Mr. Girardi decided to donate these drawings to the Library.

He funded the acquisition of 95 high-profile trial drawings by Aggie Kenny, Bill Robles and Elizabeth Williams for the Library’s collection.  As a result of this benefaction, the Library’s courtroom illustrations are the most comprehensive in any American Institution. Concluding the night, Mr. Girardi surprised IAOTP members by flying in the Los Angeles Phil Harmonic Big Band of Barristers for the entertainment of the evening.

Stephanie Cirami, President of IAOTP said, “Witnessing our man of the year Thomas Girardi at the Library of Congress was one of the most amazing experiences of my life.  Mr. Girardi’s continued support and generosity have a significant impact on people’s lives and he leaves his mark on whomever or whatever he is involved with.  He is an extraordinary human being and a one of a kind successful, brilliant, gracious, charming man who couldn’t be more deserving of this award.”

Girardi has certainly proven himself as an accomplished professional and expert litigator who has become a household name.  From being the trial lawyer on the famous Erin Brockovich case to his solid victories against Vioxx, Merck, and the Los Angeles Dodgers, Mr. Girardi is regarded by his peers as one of the nation’s top trial lawyers of all time.  He has obtained more than 30 verdicts of $1 million or more and has handled more than 100 settlements of $1 million or more. He has tried more than 100 jury cases, winning the first California medical malpractice verdict of $1 million or more, back in the 1970s and he has also had a few billion dollar settlements under his belt.  His areas of practice include wrongful death, commercial litigation, products liability, bad faith insurance and toxic torts.

The International Association of Top Professionals is working on a film documentary on Mr. Girardi and has started filming. It hopes to have the documentary completed and released by this December.

The International Association of Top Professionals (IAOTP) is an international boutique networking organization that hand-picks the world’s finest, most prestigious top professionals from different industries.  These top professionals are given an opportunity to collaborate, share their ideas, be keynote speakers and to help influence others in their fields. This organization is not a membership that anyone can join.  You have to be asked by the President or be nominated by a distinguished honorary member after a brief interview.