Can I Sue for My Injuries in a Crash if the Police Gave Me a Ticket? 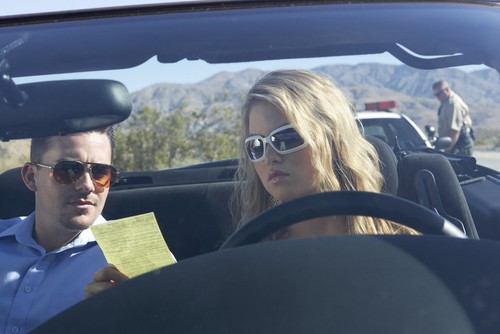 Being injured in a car accident is a traumatic experience in itself, but being given a ticket and labeled “at fault” by the police can make it feel much worse. When the officer investigating the accident determines you broke the law and gives you a ticket for it, you have a lot at stake.

Getting a ticket does not automatically mean you lose your ability to sue for your injuries, but failing to properly handle your ticket in traffic court could very well eliminate any realistic chance of prevailing in a lawsuit.

Getting a Ticket is Not Conclusive Proof of Fault

In Georgia, traffic offenses are lumped in with the category of offenses known as misdemeanor crimes, which means that most traffic offenses (at least in theory) carry a potential punishment of up to twelve months in jail and a $1,000 fine, although it is virtually unheard of for anyone to serve jail time for breaking only a minor traffic law.  Certain traffic violations may also carry mandatory suspension of your driver’s license, so receiving a ticket is not something to take lightly.

In addition to the traffic court penalties, receiving a ticket can also have a major impact on your ability to sue or be sued for injuries resulting from the car accident.

Just because you received the ticket and the police officer decided you were at fault does not mean liability or fault in the accident is now forever set in stone.  Police officers are not lawyers or judges, and they make mistakes like the rest of us. Sometimes they do not have all of the facts available to them at the time they decide to issue a ticket.

This is why if you have been injured in an accident for which you received a ticket and believe you were not at fault, it is imperative that you present the investigating officer with any additional facts that can potentially persuade him or her to change their mind.  Believe it or not, our Alpharetta attorneys at Boling Rice LLC have been quite successful in such situations in presenting the investigating officer with additional facts that has led the officer to amend his report removing the ticket given to our client and sometimes adding a violation to the other driver.

Do Not Simply Pay the Fine or Plead Guilty in Court

If you or your attorney are unable to convince the officer that he erred in finding you at fault for the accident, be careful before you simply go and pay the fine or plead guilty in court.  It is possible in Georgia to be partially at fault in an accident but still be able to sue and recover damages for your injuries as long as a judge or jury decides you were not more than 49% to blame for causing the accident.  Your recovery will just be reduced by the percentage you are found to be at fault.  This is called comparative negligence.

However, if you go to traffic court and plead guilty to the ticket, then you have basically admitted your own liability for causing the accident and that admission can and will be used against you in any civil lawsuit to prove you were either completely or primarily at fault.

Pleading guilty to the ticket will make it virtually impossible for you to sue the other driver to recover for your own injuries and property damage. Again, not impossible to still pursue but you have your personal injury lawyer’s job that much more difficult.

Before you go to court on any ticket you received as a result of a car accident, you should always consult an experienced personal injury or criminal and traffic law attorney to make sure you know how to protect your rights in court.  An attorney experienced in both personal injury and traffic law will know how to investigate your accident and decide if you actually were legally at fault or if the evidence indicates your negligence or fault was less than the other driver’s despite the fact that the officer gave you a ticket.

If you have a good legal or factual defenses to the ticket, an experienced attorney can potentially get the ticket dismissed or reduced or at least make sure the ticket does not kill your chances of being able to sue to recover for your injuries.  Civil court and traffic court are two completely different legal battlefields, and you do not want to let what happens with your ticket in traffic court kill your chances of winning your lawsuit in civil court by going in unprepared.

Atlanta lawyer Theodore A. Spaulding of the Boling Rice law firm is a 40 Under 40 member of The National Trial Lawyers. He has successfully represented serious injury victims and their families throughout metro-Atlanta and the entire state of Georgia for nearly a decade.