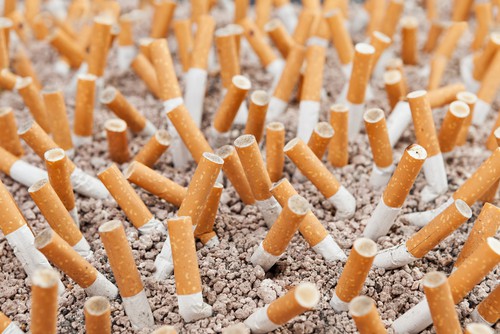 Robinson's lawsuit was originally part of the Engle class action that resulted in a historic $145 billion verdict for smokers.

A Florida jury hit tobacco giant RJ Reynolds with a record-setting $23 billion award for punitive damages on July 18, 2014 in a wrongful death lawsuit, which was once part of a class action.

The award went to Cynthia Robinson, the widow of a chain smoker who died of lung cancer, who filed the lawsuit on behalf of her deceased husband, Michael Johnson Sr. The sum is additional to $17 million she was awarded in compensatory damages.

"This wasn't a runaway jury, it was a courageous one," said her lawyer Chris Chestnut.

Robinson's lawsuit was originally part of the Engle class action that resulted in a historic $145 billion verdict for smokers injured by R.J. Reynolds tobacco products and those of other tobacco companies. In 2006, the Florida Supreme Court overturned that verdict and decertified the Engle class in 2006, however the ruling allowed up to 700,000 class members to sue using the jury's findings of liability. Robinson filed her wrongful death suit in 2008.

Johnson, a hotel shuttle bus driver who died of lung cancer in 1996 at age 36, smoked one to three packs a day for more 20 years, starting at age 13.

The case is Cynthia Robinson v. R.J. Reynolds Tobacco Company, case number 2008 CA 000098, in the Circuit Court of the First Judicial Circuit in and for Escambia County, Florida.