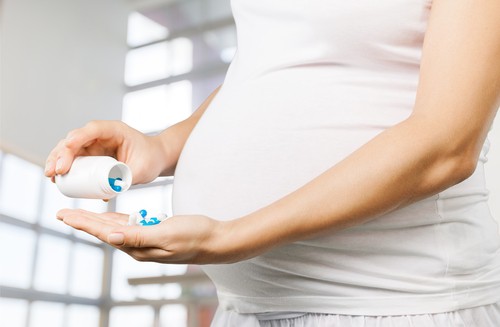 A Pennsylvania appeals court has rejected the appeal of a Janssen Pharmaceuticals, requiring it to pay $4.2 million in damages to an infant born with a severe cleft lip and cleft palate after his mother was prescribed Topamax during her pregnancy.

April Czimmer of Virgina was prescribed Topamax, made by Janssen Pharmaceuticals, Inc. to treat migraine headaches in August 2006.  She became pregnant in December 2006 and continued the use of Topamax throughout her pregnancy.

Blake Czimmer was born in September 2007 with a severe cleft lip and cleft palate with a hole above his lip.  The child underwent four surgeries and will require jaw reconstruction and bone graft surgeries in the future.

When Blake was approximately four years old, the Czimmers filed a complaint alleging that Janssen negligently failed to warn her prescribing physician of the risk of potential birth defects associated with the use of Topamax during pregnancy.

The complaint was filed in the Philadelphia County Court because Janssen is a Pennsylvania corporation. A jury returned a verdict of $4,002,184.68 in favor of April, as Blake’s guardian.

There are more than 130 similar lawsuits pending against Janssen that have been consolidated in Philadelphia as part of a multi-district litigation docket.  The largest jury award granted to an infant suffering cleft lip defects from the mother's use of Topamax in utero so far has been $11 million.

The trial court denied Janssen’s post-trial motion requesting a judgement notwithstanding the verdict or a new trial and added an additional $207,713 in delay damages.

On appeal, Janssen raised four issues, the most significant focusing on the standard of causation.  Janssen asserted that the trial court erred in applying a “substantial factor” standard of causation, which was expressly rejected by Virginia state law, used because of the Czimmer's use of medication and childbirth occurring in Virginia.

The jury instructions stated that if the jury found Janssen negligent, they then had to determine if Janssen’s negligence was a “substantial factor, or sometimes called a factual cause" in Blake Czimmer’s cleft lip and palate.

The jury instructions further explained the fair preponderance or fair weight standard of the evidence and clarified that “factual cause” is used in place of “substantial factor” to determine a legal cause.

Janssen argued that the use of “substantial factor overlooks the Virginia Supreme Court’s rejection of that language to explain causation."  The court declined the argument, writing that it asks them to “isolate the words” and “take them out of context.”

The court found this ambiguity concern to be irrelevant in this case because the trial court gave meaning and context to the term “substantial factor” and clarified that the Czimmers had the burden to prove negligence by a fair preponderance of the evidence.  The court further wrote, “even though the charge contained the words ‘substantial factor,’ it adequately defined causation such that the jury would not misconstrue the burden of proof.”

The court concluded, “all Janssen’s issues on appeal are meritless” and affirmed the $4.2 million trial court verdict.