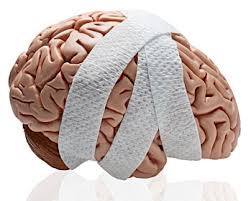 Traumatic brain injury is on the rise, according to a new study published by the Journal of the American Medical Association (JAMA; 5/14/14), with emergency room visits having increased by 30% between 2006-2010.

New York personal injury lawyer Kenneth A. Wilhelm says, “A person who suffers a traumatic brain injury may never be the same person again. They may undergo significant changes in personality and behavior, not to mention losing the physical and mental abilities they once had.”

Rocco Aliotto, a 43 year-old husband, father, and construction worker is just one example of a traumatic brain injury plaintiff. He was thrown off a scissor lift in 2011 while completing masonry work at a steel forging plant in Chicago, Illinois. Aliotto fell 15 feet from the platform of the scissor lift and struck his head on the concrete floor. Aliotto's fall caused immediate bleeding and swelling in his brain and required multiple brain surgeries to save his life. The tragedy Aliotto suffered has dramatically and permanently changed his life.

In preparation for Aliotto's trial, his attorneys purchased an exemplar scissor lift to fully evaluate the liability issues within the case, which is an effective means by which to become more knowledgeable about the cause of a plaintiff's traumatic brain injury. Aliotto's trial team deposed 22 individuals on the issues of liability and damages, gathering as many witness statements as possible for their traumatic brain injury plaintiff's case.

Striving for settlement in traumatic brain injury cases can be beneficial in keeping costs down for these plaintiffs, who will already be subject to an inordinate amount of medical costs due to their impending neurological health. Professional settlement or day in the life videos allow a traumatic brain injury plaintiff's trial team to present the facts of the case in both a favorable and real way for a either a jury, should the case got to trial, or for settlement purposes.

Rocco Aliotto was left in a tragic state after his fall and subsequent traumatic brain injury. He is now unable to speak, is wheelchair-bound, and requires 24-hour care in a nursing home. Aliotto's settlement for the significant cognitive and related physical deficits he has been left with was approved in Cook County, Illinois, in the sum of $18,605,733. The replacement parts for the two worn-down bolts that held the scaffolding to the base of the scissor lift Aliotto was working on would have cost only $22.50 to replace.

The NFL is facing a lawsuit filed this year in which retired players alleged the organization did not properly and adequately protect its players from brain injuries. The NFL offered a $765 million settlement to the retired players, but the settlement amount was rejected by Judge Anita B. Brody for being an inadequate financial analysis. Judge Brody, who was worried the sum offered by the NFL would not cover the medical costs of the entire class of 20,000 NFL players, approved a new settlement award several months later.

This approved settlement agreement included terms such as unlimited damage caps for players, but unrestricted rights on behalf of the NFL to contest injured players' claims as potentially false. High-profile lawsuits such as this are causing many sports organizations to take heed about the risks associated with traumatic brain injuries, such as the development of programs to alert both athletes and coaches to the appropriate safety measures designed to prevent repeated head injuries.

Depending on the nature of the injury, traumatic brain injury carries a risk of long-term health problems. More severe, long-term injuries tend to occur through repeated head trauma, through the participation in activities such as professional sports. Researchers for the JAMA have noted the possibility of an increased incidence of exposure due to the increased participation in sports.

Mark Herceg, Ph.D, who is the Director of Neuropsychology at Burke Rehabilitation Hospital in White Plains, New York, has recently urged that traumatic brain injury is not just a problem for athletes. The class of persons most likely to sustain traumatic brain injuries, which are commonly referred to as TBIs, are children up to age 4, adolescents ages 15-19, and adults over the age of 65. Within the class of children who suffer TBIs annually, children up to the age of 14 account for almost half a million of TBI emergency room visits per year.

How exactly could these traumatic brain injury plaintiffs become exposed to this type of injury? According to Herceg, a TBI can be caused by a bump, blow, jolt to the head, or a penetrating head injury that disrupts the normal function of the brain. It follows that not all blows or bumps to the head result in a TBI. The severity of these injuries can be mild or severe, varying from a brief change in mental status or consciousness to an extended period of unconsciousness or amnesia after the injury.