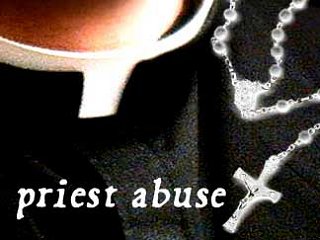 Chicago - Two new lawsuits were filed today against the Archdiocese of Chicago on behalf of men who allege that the defrocked priest, Daniel McCormack, sexually abused them as young boys.

Attorney Lyndsay A. Markley is representing two victims who allege that McCormack sexual abused them at Chicago's St. Agatha's Parish during their participation in an after-school program which was ironically named 'Safe'.

“What’s particularly disturbing is that McCormack was arrested in 2005 for the sexual abuse of a minor – yet, after this arrest, the Archdiocese of Chicago allowed him to return to his work with children as a teacher, basketball coach and priest," Attorney Lyndsay Markley, says. "During this time period, McCormack allegedly molested several young boys - including my plaintiff in another lawsuit I filed last year and one of my new plaintiffs who was abused for five years until 2006.

“Evidence indicates that the Archdiocese received other warnings about McCormack's behavior during his priesthood, yet failed to take action and, even worse, continued to actively support McCormack in his interaction with innocent children.”

Lyndsay Markley now represents three plaintiffs in lawsuits against the Archdiocese of Chicago - she filed the other lawsuit last year (April 18th, 2014) on behalf of a man who alleges he was abused by McCormack when he was aged 12.  This case, along with approximately 25 others, is currently proceeding through litigation in Cook County One victim is scheduled to go to trial in Cook County on May 18th, 2015. Daniel McCormack is due to appear in court as a witness at some point.

Chicago-based attorney, Lyndsay Markley (www.lmarkleylaw.com) has dedicated her legal practice to fighting on behalf of persons who suffered injuries or death as the result of the wrongful or careless conduct of others. Her awards include a 10 Best Under 40 2014 and 2015 Award from the American Institute of Personal Injury Attorneys, selection to the Top 100 Trial Attorneys in Illinois and a Top 40 Under 40 Trial Attorney for 2012-2014 by the National Association of Trial Lawyers.