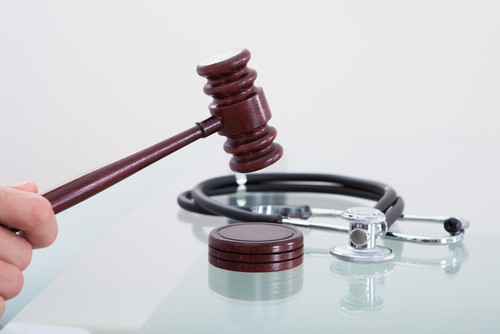 Dr. Pedowitz was hired as the chair of UCLA’s Department of Orthopedic Surgery in April 2009.  Over the following year, Pedowitz reported conflicts of interest between faculty members and outside industries, as well as other alleged misconduct.  In 2010, Dr. Pedowitz was asked to step down as chairman, but reached a settlement agreement to stay on as a faculty member.  After hearing all the evidence over a two month long trial, but before the case settled, Judge Susan Bryant-Deason issued a ruling to rescind the 2010 settlement agreement based on the fraudulent concealment of documents which Dr. Pedowitz claimed would have caused him not to settle his claims had the documents been made available to him.

Plaintiff attorneys Mark Quiqley, Ivan Puchalt and Christian Nickerson of Green Broillet & Wheeler in Santa Monica argued Dr. Pedowitz’s removal from his position as department chairman was in retaliation for exposing staff surgeons who received payments from medical device manufacturers.  Attorneys contended that California’s Whistleblower Protection Act should have afforded protection to Dr. Pedowitz, who testified at trial that one UCLA Medical Center orthopedic surgeon received $250,000 in consulting fees from Medtronic, a medical device manufacturer.  They also argued that UCLA had turned a blind eye to these conflicts of interest because the university profited from medical devices or drugs developed by staff doctors.

Attorneys also claimed that false rumors about Dr. Pedowitz were spread throughout the orthopedic department in an effort to gain support for his removal as chairman.  Evidence was presented at trial that his retaliatory claims weren’t investigated for more than a year after he made them, and that he was forced to sign the 2010 settlement agreement without being provided with documentation of the defamatory campaign.  He was finally able to get copies after making a public records request.

Defense attorney Michael Lucey of Gordon & Rees in San Francisco said Dr. Pedowitz was asked to step down based on poor leadership abilities and interaction with faculty and staff.  Defendants also argued that the defamatory statements about Dr. Pedowitz were substantially true and were not widely circulated.  They further contended that to fulfill its mission, UCLA Medical Center had to collaborate with industry, and that such ties are unavoidable at a research institution.  Lucey represented the Regents of the University of California and two doctors; Richard A. Paul of Paul Plevin & Sullivan of San Diego represented three other doctors named as defendants.

The case is Robert Pedowitz, MD v. The Regents of the University of California, et al.  The trial was held in Los Angeles Superior Court, case number BC 484611.