University of Phoenix in $191M settlement for 'deceptive' advertising 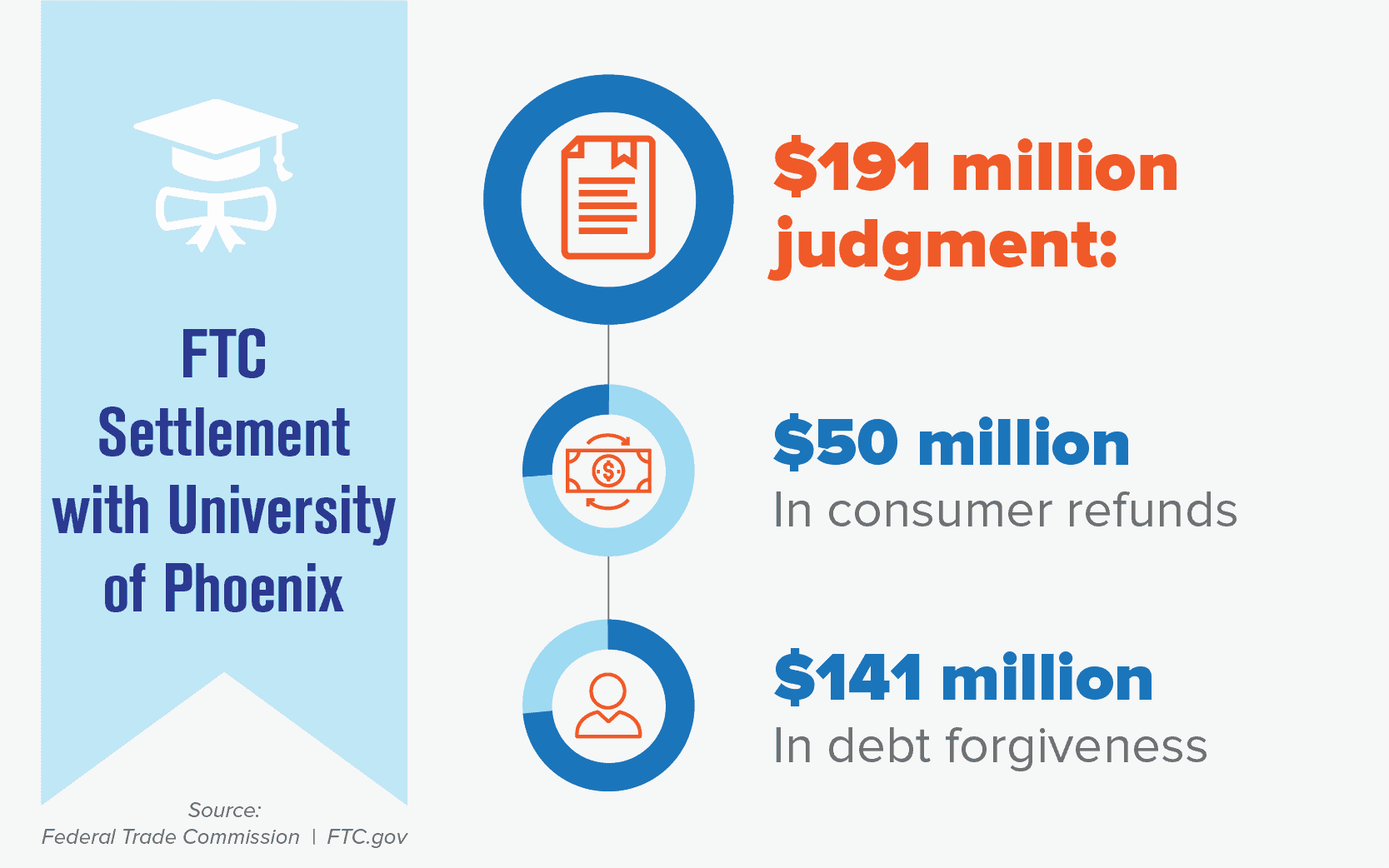 The University of Phoenix has agreed to a $191 million settlement with the Federal Trade Commission over claims that students were harmed by deceptive advertising.

The University of Phoenix and its parent company, Apollo Education Group, faced FTC charges that claimed the school had "used deceptive advertisements that falsely touted their relationships and job opportunities with companies such as AT&T, Yahoo!, Microsoft, Twitter, and The American Red Cross," the FTC said in a press release.

The settlement money includes $50 million in cash and $141 million to cancel debt for students who were harmed by the deceptive ads, the FTC said. The commission called the settlement the largest ever obtained against a for-profit school.

Read the source article at azcentral.com