Court Refuses to Unmask Anonymous Critic of Attorney on AVVO 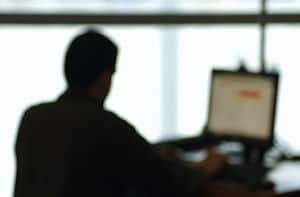 The Washington State Court of Appeals rejected a subpoena from a lawyer seeking to discover the identity of an anonymous reviewer who smeared her on Avvo, an online lawyer directory.

Deborah Thomson, a divorce lawyer in Tampa, Florida, failed to make a prima facie showing of defamation, according to the court, because she didn't submit a declaration, affidavit or any other evidence in support of her motion.

May 27, 2015: In a precedent-setting case, Public Citizen will tell a Washington appellate court that a Florida divorce lawyer should not be permitted to unmask an anonymous critic on AVVO.

The Washington state Court of Appeals will hear arguments about a Florida divorce lawyer’s attempt to learn the identity of a critic on Avvo, a Seattle-based website designed to allow users to find and rate lawyers.

The court will consider, for the first time in this state, what protections to give anonymous online reviewers. Public Citizen will urge the court to adopt a strong standard used around the country to make sure that anonymous online critics keep their First Amendment right to post negative reviews online.

The case stems from a series of reviews that appeared on Yelp, Google and Avvo in September 2013 saying that Tampa attorney Deborah Thomson had done a poor job of handling a divorce. Thomson filed suit against the critics on May 21, 2014, in Hillsborough County, Fla., alleging defamation.

Is the online commenter a phony?

"I am still in court five years after Ms. Thomson represented me during my divorce proceedings. Her lack of basic business skills and detachment from her fiduciary responsibilities has cost me everything. . She failed to show up for a nine hour mediation because she had vacation days. She failed to subpoena documents..."

Deborah L. Thomson’s response: “The writer of this review was not an actual client of mine. This is a personal attack from someone that I know.

Thomson then went to court in Washington state (where Avvo is based) to seek a subpoena to learn the identity of the critic who had posted on Avvo. Although 12 states and the District of Columbia, as well as many federal courts, have adopted standards that provide strong First Amendment protections to anonymous online reviewers, state courts in Washington have not yet set a standard. Thomson did not seek a subpoena in California, where Yelp and Google are based, and a state that has a strong protective standard.

A Washington trial court rejected Thomson’s request for a subpoena, and she appealed. Public Citizen attorney Paul Alan Levy, who is representing critic Jane Doe on appeal, will urge the appellate court to require people who seek to identify online critics to provide proof that the criticisms are false and defamatory. Levy’s work on other cases throughout the country helped create the standard he will be advocating.

The case is DEBORAH THOMSON, Appellant, v. JANE DOE et al., Respondent, Case No. 72321-9, Court of Appeals of the State of Washington, Division I.