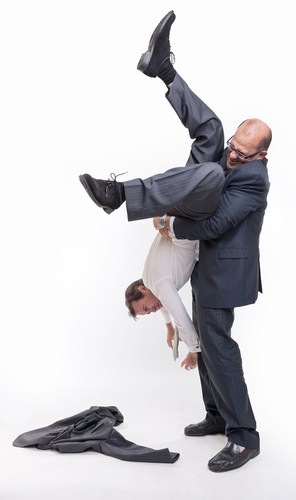 Bad debt collectors have become a worsening problem in the lives of consumers. According to Consumer Financial Protection Bureau’s annual report:

Nebraska attorney, Jeffrey Lapin has dedicated a website to educate consumers on their rights and the signs of collectors making illegal collection calls.

Creditors sell the debt to junk debt buyers who call, harass and sue unsuspecting creditors. The debt may be legitimate but the debt is so old the statute of limitations has expired and the it is no longer legally collectable in court.

According to Lapin, in an interview on Personal Injury.com, some warning signs for bad debt collectors are:

If a consumer approaches an attorney with a collection issue, Lapin states his inquiry will usually begin by:

The FDCPA protects consumers from unfair practices such as calling after 9:00PM or at a consumer’s workplace, using threats or violence, failure to validate debts, and misapplying payments for consumers with multiple debts.

The CFPB is a federal agency created in 2011, solely focused on consumer financial protection. Since its inception, the agency has handled among other issues complaints about credit cards, mortgages and car loans.

The agency was also responsible for the crackdown of aggressive collection practices on payday loans in 2013.

The CFPB maintains a record of the type of complaints reported by consumers. These complaints are compiled in database available for public viewing. 37 percent of consumer’s complaints were the companies “continued attempts to collect debt not owed.” This type is followed by 20 percent of consumers stating the telephone communication was frequent and occurred at inconvenient times of the day.

In this case, the New York Attorney General sued the company for improperly suing New York residents for unpaid debts and obtaining default judgments against the residents who failed to respond.

Based on the NY Attorney General’s investigation, the company is responsible for vacating over 4,500 improper consumer judgments.

Additionally, in March the CPFB filed suit in the federal district court of Northern Georgia against the leaders of a robo-call debt collection scheme. The leaders established several entities in Georgia and New York and used them to collect and process payments from vulnerable consumers.

CPFB claimed consumers were tricked into thinking the collection was legitimate because the company verified personal information such as family members, social security number, and date of birth. The company also used a legitimate payment processor to accept debit and credit card payments.

It is important for consumers to be aware of illegitimate debt collectors and understand there are ways to have control over their financial lives.