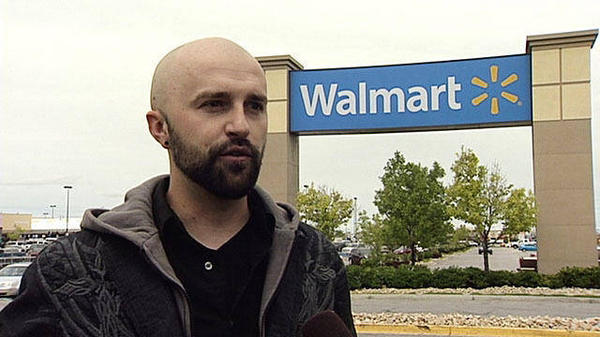 Utah employees will never have to choose between keeping their jobs and exercising self-defense thanks to the Utah Supreme Court’s decision. According to Utah’s high court, workers who face violent attackers while on the job can sue their employers for wrongful termination if they are fired for defending themselves from imminent harm.

This decision could effectively change the standard of “at-will employment” and impact employers within the state.

The case concerns five former Wal-Mart employees who brought suit for wrongful termination after being fired for defending themselves by disarming weapon-wielding shoplifters. The facts revolve around two separate incidences of imminent threats: a knife and a gun.

Violence in the Workplace

The knife incident occurred at a West Valley Wal-Mart where employees Derek Holt and Eric Hunter grabbed a suspected shoplifter by the arms when she attempted to run away. The shoplifter in turn pulled out a pocket knife and threatened to stab Holt and Hunter.

During an ensuing struggle, the shoplifter pulled out a pocket knife and shouted that she would stab the men, but they did not let go of her. A fellow shopper helped pry the knife out of the woman’s hand and the theft was avoided, but both men were fired for violating Wal-Mart’s company policy.

Wal-Mart policy states that "if the suspect is believed to possess a weapon, the suspect must not be approached. If during an approach or investigation it becomes apparent that the suspect has a weapon or brandishes or threatens use of a weapon, all associates must disengage from the situation, withdraw to a safe position, and contact law enforcement."

The second incident involved plaintiffs Shawn H. Ray, Gabriel M. Stewart and Lori Poulsen, who approached a customer attempting to steal a laptop concealed inside his pants. The workers accompanied the man to the asset protection office where Poulsen saw the customer move a gun from his back to his coat pocket. The shoplifter shoved one of the workers against the wall, pointed the gun at his back, and said, “Don’t make me do this.” A physical struggle ensued in which the other workers grabbed the gun and held the shoplifter down until police arrived. These employees were also fired.

The Supreme Court’s majority opinion said, “The law should not require employees to choose between keeping their jobs and protecting themselves or others from a serious, imminent threat of harm. And in light of the impressive constitutional and statutory pedigree the right of self-defense enjoys in our state, we hold that Utah law does not require employees to make that choice.”

Under the at-will employment doctrine, an employer has broad discretion to manage its workforce and can fire an employee for any reason not prohibited by law. There are several exceptions to at-will employment, including when an employee's termination violates a "clear and substantial" state public policy.

The precedential 4-1 decision was not without opposition. Rather than promoting workplace safety, Justice Lee argued in his dissenting opinion, allowing self-defense to override company policies like Wal-Mart’s “jeopardizes employee safety in Utah.” Wrongful termination suits are costly, and the threat of litigation might make it harder for Utah employers to enforce workplace violence policies on a day-to-day basis. As Justice Lee lamented, the majority opinion “opens the door to a free-wheeling, case-by-case public policy exception that threatens to swallow the [traditional] rule of at-will employment.”