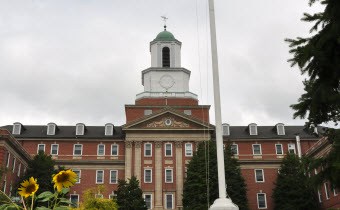 Families of four veterans who died due to medical malpractice at the Coatesville, PA, Veterans Affairs Medical Clinic were paid nearly $1.4 million in wrongful death cases following their treatment, according to reports from The Center for Investigative Reporting

The second case was for improper management of a psychiatric patient which was filed on 3rd October 2005. It was closed on 2nd February 2008 for a settlement of $495,578.

The fourth medical malpractice case was for failure to monitor a patient and was filed on 23rd April 2010. It was closed on 1st December 2011 for a settlement of $500,000.

The issue of misconduct at Veterans Affairs medical facilities has been addressed by President Barack Obama in a press conference, where he said that neglect at VA hospital is being taken “very seriously.” The Secretary of Veterans Affairs, Eric K. Shinseki, resigned May 30, apologizing for the scandal over waiting times in VA’s massive hospital system.

Arizona Republican Sen. John McCain, a perennial critic of the President, said Obama's comments were insufficient in addressing the fundamental problem that is plaguing the veterans' health care system. The VA's Office of Inspector General has opened an investigation and federal legislators from Pennsylvania also joined the growing list of officials calling for a deeper probe into the claims that Veterans Affairs facilities have delayed treatment.

Veterans injured while serving their country deserve prompt and quality medical attention which is why the issue has become Washington's latest political scandal. These problems are reported to date back to 2000, and have been detailed in more than 18 watchdog reports.

Anitha Johnson started working for Odelugo & Associates, PLLC, in Lanham, MD in 1999. In 2005, Ms. Johnson became the managing partner of the firm, and the firm changed its name to, LLC. Ms. Johnson is licensed to practice law in all the courts in Maryland and Washington, D.C. Her areas of Practice includes immigration and naturalization, family law, personal injury and medical malpractice.