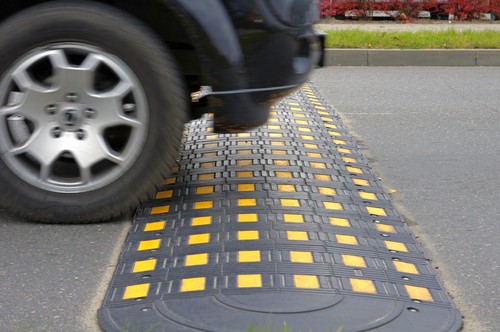 When the bus hit the hump, Ms. Francisco was thrown up into the air and landed with such extreme force that it broker her back.

An Alameda Superior Court jury in Oakland, California awarded $15,313,703 to a woman and her daughter after the woman suffered a broken back while riding on an Alameda-Contra Costa Transit District (“AC Transit”) bus being driven recklessly by an AC Transit employee.

The plaintiffs were represented at trial by Brian Panish, Spencer Lucas and Patrick Gunning of Panish Shea & Boyle LLP. Plaintiffs were also represented in the case by Ivan Golde of the Law Offices of Ivan Golde. This is the largest known jury verdict against AC Transit.

Maria Francisco, her daughter, Mia, and other family members were riding an AC Transit bus to a shopping mall on August 27, 2011, to purchase gifts for a birthday celebration. The bus went over a speed hump in a school zone at more than twice the legal speed limit. When the bus hit the hump, Ms. Francisco was thrown up into the air and landed with such extreme force that it caused a severe traumatic burst fracture to her L1 vertebra.

She immediately cried out in pain and her family called for an ambulance. Despite her obvious distress, the bus driver began verbally attacking Ms. Francisco, including accusing her of lying about her injury and threatening her with prosecution.

As a result of her injury, Ms. Francisco has had three spine surgeries, including a spinal fusion, and has been in chronic pain and severely limited in her daily activities, including being unable to work, since the incident.

AC Transit also challenged every other aspect of Ms. Francisco’s damages including her future medical expenses, loss of earnings and pain and suffering, suggesting that she was lying and exaggerating the nature of her injury.

Ms. Francisco’s daughter was awarded $1,000,000 for past and future emotional distress relating to her witnessing the incident. Defendants’ pre-trial settlement offer was $2,750,000.

“Through no fault of her own, Ms. Francisco suffered an extremely painful injury that will continue to impact her for the rest of her life. Rather than accepting responsibility for its negligence, AC Transit instead chose to challenge Ms. Francisco’s credibility. That tactic didn’t work, and the jury did the right thing with this verdict,” said attorney Brian Panish.

Attorney Spencer Lucas added, “This verdict will ensure that Ms. Francisco is able to get the long term treatment that she needs and will be able to take care of herself and her daughter. That is what this case was about.”

The Defendants were represented at trial by Dana Fox and Shawn Toliver of Lewis Brisbois Bisgaard & Smith LLP.