Tort Reform Insulates Most Physicians from Paying a Malpractice Claim 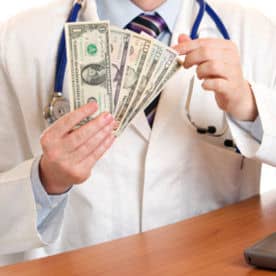 The average physician will never be involved in a medical-malpractice claim that results in the payment of money.

There is a silent crisis today in the tort field: the uncompensated victims of medical negligence.

Much has been said about the waning of medical-malpractice litigation in Pennsylvania.

Thus, the average physician will never be involved in a medical-malpractice claim that results in the payment of money. Medical-malpractice payments have dropped to 0.1 percent of total health-care costs. Malpractice insurance rates have fallen nationally roughly 20 percent since 2006.

Damage caps for 68 percent of the U.S. population

What explains the decrease in medical-malpractice claims, payments, and insurance rates? Unfortunately, it's not due to better health care. Although there have been improvements in some areas -- for example, a decline in central-line infections in intensive care units - studies continue to show very high error rates, with no evidence of improvement.

Pennsylvania doesn't have caps, but statutory and court rule changes in 2002 and 2003 have combined to sharply reduce claims and payments. These changes include:

But every action has an equal and opposite reaction.

The decrease in claims and payouts results in fewer fairly compensated victims of medical negligence. Importantly, the wholesale transfer of cases previously brought in Philadelphia to the suburban counties has resulted in justice being denied to malpractice victims.

Given these odds and the reduced value of the claims, it's no wonder that law firms report that they accept only about 1 percent of medical-malpractice inquiries for representation.

What should be done?

First, the Pennsylvania Supreme Court should amend the venue rules that were enacted in 2003. Malpractice victims and defendants should play by the same rules as other tort victims and defendants. Medical-malpractice cases should be permitted to be filed in a county in which one or more of the defendants regularly conducts business. That's the rule for motor vehicle accident cases, premises liability cases, contractual disputes, and nearly all other civil matters. We needn't fear abuse of the rules, as our Supreme Court has made clear that the Common Pleas Courts and Superior Court are vested with the authority to transfer cases away from an inconvenient forum.

Second, there is a significant issue about whether it is fair to pay less to victims of medical malpractice than to victims of other torts. Only the medical profession enjoys special rules with respect to reduction to present worth of lost earning capacity and periodic payments of future medical and personal care expenses. This may violate the constitutional guarantee of equal protection. The special-venue rules may also violate equal protection. These and related questions could be raised in the Pennsylvania trial and appellate courts.

The pendulum has swung too far in favor of health-care providers and their insurers and against medical-malpractice victims. It's time to move toward the center.

Shanin Specter is a partner with Kline & Specter in Phildelphia. He has obtained more than 200 verdicts and settlements in excess of $1 million, including jury verdicts of $153 million against a major automaker and $109 million against a western Pennsylvania power company. In all, he has achieved 13 eight- or nine-figure verdicts, among them news-making cases involving medical malpractice, defective products, premises liability, auto accidents and general negligence.