The Benefits of Using Visual Aids With Expert Testimony 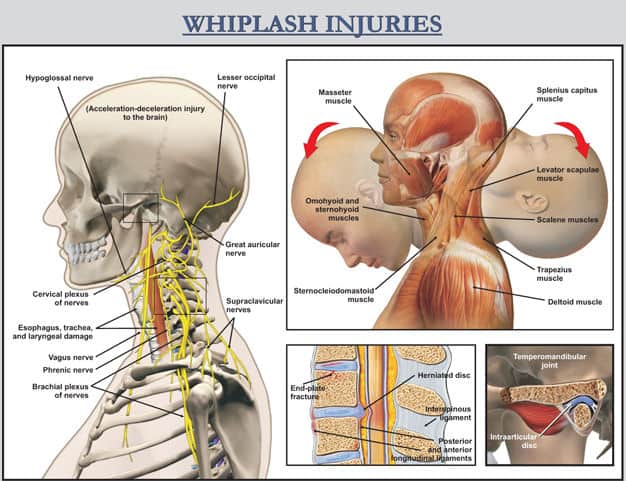 The main benefit of a medical illustration is that it is real; it is the client’s real injury that a jury or an insurance adjuster can see with their own eyes.

Seeing is believing -- and in a court of law, the outcome of a trial is usually based on substantive evidence coupled with visual demonstrative aids and a compelling argument. For the personal injury lawyer who wants to maximize the recovery for his client, it is absolutely necessary that visual aids be used in conjunction with expert testimony regarding liability and the client’s injuries.

A jury that can visualize the accident and the injury while the expert is testifying will be much more likely to understand the incident and the client’s injuries and its impact on the client, and retain this information.

In today’s world, where much of the jury has grown up watching law shows, such as CSI and Law and Order, the jury will expect that the evidence presented during a trial will include evidence that is visual in nature.  A lawyer will have a much better chance at persuading a jury regarding liability issues and of his client’s damages when the jury is better able to understand what occurred and his client’s injuries and is interested in the subject.  An attorney who tries a personal injury case without visual evidence will be at a distinct disadvantage in prosecuting the case.

"Substantive evidence" is evidence involving an actual thing in the case, such as a DNA sample, a photograph of damages to an automobile, medical records, or an x-ray, MRI or CT scan.

Demonstrative evidence may be used to assist the trier of fact in a case but may not be admissible. A foundation must be laid by a witness that the evidence is a fair and accurate representation of what is being depicted.

Trial attorneys use several types of visual aids in proving liability and to demonstrate a client’s injuries, in conjunction with the expert’s testimony:

From models, to illustrations, to animations, technology has played a key role in advancing visual evidence.

Trial Exhibits has been in business for 25 years, and has been providing 3D animation for 12 years. Jerrod Mills, a presentation consultant for over 10 years has seen great changes in the trial presentation industry.

“In the past, when we would create vehicle accident animation, it would show the exterior view of the accident from overhead. Now on those same types of projects, we are creating biomechanical animations of what happens to the passengers inside the vehicle,” he said. “We have several certified medical illustrators that work with biomechanical engineers on the project to create a visual of the movements of passengers inside the vehicle.”

Dr. Cal Shipley has been in business with Trial Image since 2000, and has worked with computer-based animation since 1992. He is a medical doctor and specializes in medically–related animation.

“I have been fortunate in having been on the winning side in many cases over the past 15 years. I feel personally invested in every case, and I always closely follow each case that goes to trial,” he said. “In April, my animation was used in a med-mal trial in San Francisco involving breast reconstruction. We successfully defended the case for a plastic surgeon.”

Recently, a new company, Bloomfield Hills, MI-based Authentic3D has introduced 3D Volume Renderings to the legal profession. The 3D renderings are based on the actual data from the MRI or CT scans (which are admissible themselves), and the software that creates the renderings is FDA cleared.

Rob Marionneaux, a Baton Rouge, LA attorney, recently obtained a $2.3 million jury verdict with Authentic3D. It was the highest award in the history of central Louisiana’s Avoyelles Parish.

“Authentic3D’s before and after visual of my client’s actual injury (lumbar fusion from a low impact automobile accident), taken directly from my client’s CT and MRI scans, proved instrumental in proving causation to the jury and communicating the pain and suffering my client has endured,” said Marionneaux.

Steven Gursten, an attorney who exclusively handles serious vehicle accidents with Detroit-based Michigan Auto Law, is using Authentic3D in a mediation and a forthcoming trial.

“The exhibits of my client's brain helped to rebut the defense’s ‘hired gun’ who said it was all exaggeration,” said Gursten, who has recommended it to all 18 attorneys in his firm. “A picture is worth a thousand words, or in my case, probably a lot more than a thousand.”

“The main benefit is that it is real; it is the client’s real injury that a jury or an insurance adjuster can see with their own eyes. It is admissible because it uses well-established medical technology and the images themselves are not altered,” he said. “3D imaging makes it more understandable for a lay-person to be able to see and fully appreciate the severity of the injury itself.”

Detroit Medical Center (DMC), the second largest health system in Michigan, has been utilizing the software program for the treatment of patients.  The software serves as a diagnostic and surgical planning aid for examining the aorta, the brain, the lungs, the spinal canal or anywhere else in the body.  The medical images also allow the clinician to more easily explain the diagnosis to patients in the exam room.

Dr. Jeffrey Rubin, chief of vascular surgery and surgery professor at the DMC hospitals and Wayne State University School of Medicine, has been working with the program for more than a year. He calls it “a state-of-the-art system for arterial imaging.”

“It provides a completely innovative modality and affords us the ability to ‘drive through’ the arterial system, providing information that is not generally available with standard imaging,” he said.

Authentic 3D charges a $750 fee for an MRI or CT scan which includes a 3D video (with injuries annotated), a 72-hour turnaround time, and a board-certified radiologist review and notarized certification.  Jorey Chernett, CEO of Authentic3D, says “we try to be affordable for all cases and all phases of litigation, even pre-litigation.”

It is clear that an attorney trying a personal injury case must use visual aids in conjunction with expert testimony in proving liability and the significance of his client’s injuries.  The studies have shown that testimony combined with visualization is the most effective means of persuasion.  New technologies, including animations and 3D volume renderings, are changing the way that personal injury cases will be handled in the 21st century.

Daniel L. Buckfire is attorney specializing in auto accident cases with the law firm of Buckfire & Buckfire, P.C., based in Southfield, Michigan.  He is a graduate of the University of Michigan Law School. This article was originally published in The Trial Lawyer magazine.