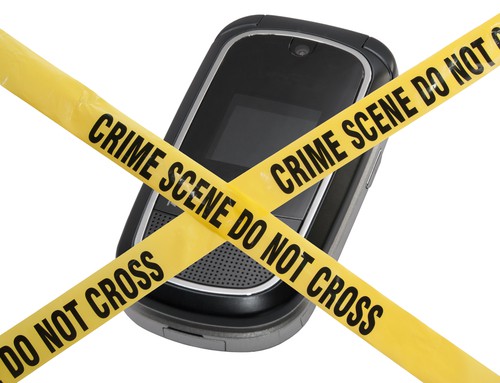 The 11th circuit court of appeals has ruled that cell phone records showing a suspected armed robber's general location near the time and location of several robberies were admissible in court against him and did not violate his Fourth Amendment rights.

"The reach of the majority opinion is breathtaking,” said Davis’s attorney David Markus.  “It means that the government can get anything stored by a third-party: your Facebook posts, your Amazon purchases, your Internet search history, even the documents and pictures you store in the cloud, all without a warrant."

Quartavius Davis was sentenced to a 162-year prison term for his conviction in seven armed robberies that occurred in Miami, Florida, between August 2010 and October 2010.  Police used MetroPCS cell phone records from a pre-paid disposable phone registered to “Lil Wayne” to connect Davis to the string of robberies.  The records, along with accomplice and witness testimony, and surveillance video showing a man matching Davis’s description, were introduced as evidence that Davis participated in the robberies.

The government complied with the Stored Communications Act (SCA) when requesting the order granting access to the records. The SCA provides that the government can order telephone companies to disclose customer records (not including contents of the communications) if it can prove reasonable grounds to a court magistrate that the records sought are “relevant and material to an ongoing criminal investigation.”  The court order does not require probable cause, according to the opinion.

Location of calls occurred near robberies

MetroPCS only supplied information about calls made and received through nearby cell phone tower locations.  But the police did not request, nor did MetroPCS provide, GPS or “real-time” location information.

The court found that the evidence as a whole suggested that Davis’s calls “occurred within an area that covers at least several city blocks,” which the government argued showed Davis was near the robberies when they occurred.  However, the government never quantified the distance between the robberies, cell tower location, nor the cell user, according to the court opinion.

On an appeal on the conviction by Davis, a three-judge-panel of the 11th circuit court found that the telephone records obtained without a warrant did violate Davis’s fourth amendment rights, although his conviction was upheld. The justice department appealed that ruling, and the 11th circuit court agreed that the government complied with the higher standards of the SCA in obtaining the records.

The 9-2 court opinion explains that Davis’s rights were not violated because the records were obtaining in compliance with the SCA, which “raises the bar from an ordinary subpoena to one with additional privacy protections built-in” in requesting third-party business records, in this case, cell phone call and tower information from MetroPCS.

The court, using Fifth Circuit case law, explained that cell phone subscribers know that their cell phones must submit a signal to cell phone towers and are aware and voluntarily allows for location information to be conveyed to cell phone towers when a call is made.  Therefore, using a court order to obtain those records does not violate a cell phone user's fourth amendment rights.