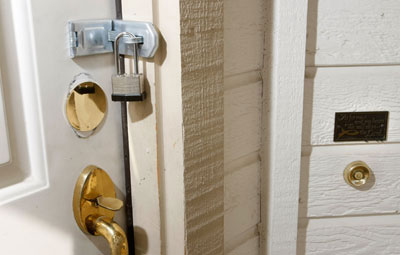 The Wisconsin Supreme Court held a warrantless search of a house, including a locked room with marijuana, was lawful and reasonable under the state's "community caretaker function."

Kenosha, WI police officers were called to the scene of a medical emergency in 2012. The officers arrived and found a highly intoxicated, badly injured man, Antony Matalonis.

He stated a group of people severely beat and injured him, evidenced by a bloody face and right side of his body.

Looking for more information, the officers followed a blood soaked snow trail that lead to the home of defendant Charles Matalonis.

The officers testified there was a very significant amount of blood on the screen door and it seemed like “things being shuffled around in the house. . . and [they] were concerned someone might be injured.”

The officers knocked on the front door and Matalonis answered, the officers then observed more blood on the floor and near a staircase inside the home.

Matalonis told the officers he lived alone. When the officers questioned him about the blood leading to his home he stated it was only him and his brother Antony fighting but his brother was not there anymore.

Matalonis let the officers inside his home because they stated since there was blood they wanted to make sure no one else was injured inside.

The defendant was told to sit on his couch while the officers searched all areas of his home, including the basement. During one officers search he observed paraphernalia used for smoking marijuana.

An officer moved to other areas of the home where he came to a dead bolted door. The door has a small amount of blood on it. Matalonis stated the door was locked because he “kept his security equipment there.” The parties disputed how the officers obtained the key, but once the officer opened the door he found a marijuana plant growing.

There was only a brief discussion with Matalonis about the fight with his brother before  discovering the marijuana plant. Officers arrested Malalonis and subsequently tried to obtain a search warrant that was denied.

The state court denied Matalonis’ motions to suppress evidence obtained during the search, on grounds that the officers were there to look for injured persons and only searched where blood was present.

Officers had to have an objectively reasonable basis to believe that a member fo the public was in need of assistance, the court said.  The appeals court concluded that based on the circumstances there was no mention of any other persons injured, and the mere possibility that another person may be injured was insufficient to meet the reasonable standard.

An officer serving as a community caretaker to protect persons and property may be constitutionally permitted to perform warrantless searches and seizures.

The question was whether the officers conducted their search reasonably under the function. The court agreed they did because the public interest served by the entering the defendants home was substantial. The officers needed to ascertaining who the blood belonged to was an exigent circumstance.

The court further concluded that by the officers asking Matalonis for the key they were attempting to use less authority and force under the circumstances. As to the contents of the locked room, the officers did not have enough time to accept Matalonis’s responses at face value.

This case is the State of Wisconsin v. Matalonis, case no 2014AP108, Wisconsin Supreme Court.