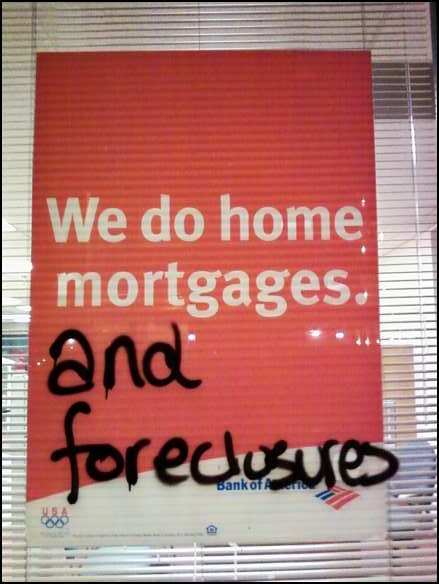 Wells Fargo foreclosed on a home after promising to accept a reinstatement check from the owner.

A Clinton County, Missouri, circuit court judge ordered a $3.25 million judgment against Wells Fargo and Federal Home Loan Mortgage Corporation (Freddie Mac) for foreclosing on a home after promising a reinstatement to the homeowner.

David and Crystal Holm of Holt, Missouri,  purchased their home in 1997, but during the 2008 mortgage crisis and after a storm damaged their property, they began missing payments on their mortgage. The couple began working with Wells Fargo and its legal counsel Kozeny & McCubbin, L.C. to try to keep their home.

After Wells Fargo promised to stop the foreclosure with a reinstatement agreement, the Holm’s gathered the $10,000 needed to bring their loan current and keep their home. Per the agreement, they faxed a copy and mailed the reinstatement check to the law firm Kozeny & McCubbin, L.C.

Wells Fargo received a fax copy of the check on August 15, 2008 but “deliberately ignored the reinstatement deal” and in an “egregious and deceitful manner” proceeded with the foreclosure sale of the Holm property to Freddie Mac on the very same day, according to the court opinion.

One month following the foreclosure sale, Freddie Mac filed an unlawful detainer claim against the Holms, which has now been pending for the past six years causing “uncertainty, lost optimism, emotional distress, and paralysis” on the Holm family, said judge Brent Elliott in the opinion.

The court ruled to quiet title for the plaintiffs because “’no title is conveyed through the sale’ when a party who lacks a right to enforce the note proceeds with [a] foreclosure sale." Neither Wells Fargo nor Freddie Mac had the authority to enforce the Holm’s unpaid promissory note because it was a promise to the original lender, Commercial Federal Mortgage Corp.

Although it was unclear whether Kozeny & McCubbin was acting as “Successor Trustees, attorneys for successor trustees, attorneys for Wells Fargo, or in some other capacity,” their correspondence verifying the validity of debt was incorrectly described and unendorsed, not providing any proof that it actually had the right to verify the debt or that it was owed to defendants.

The judge ruled that the foreclosure sale was wrongful and rendered the unlawful detainer pending against the Holms void.

During the same week of the Holms ruling, a New York judge reprimanded Wells Fargo for using similar forged endorsement documents to “create documentary evidence, after-the-fact, when enforcing its [right to foreclosure] claims, WHICH IS EXTRAORDINARY.” (Emphasis written by the judge).  (United States Bankruptcy Court of New York case In re: Cynthia Carrsow-Franklin  No. 10–20010 (RDD))

The judge awarded compensatory damages of to the Holms against Wells Fargo and Freddie Mac for the difference between the $141,762 foreclosure sale price of the home and its current value of $52,000, according to the opinion.

David and Crystal Holm and their 12-year-old daughter lived with the “fear of losing [their] famil[y] home” for six years causing health issues and stress on their marriage, for which the judge ordered $200,000 in emotional distress damages.

Because of Wells Fargo’s “unfathomable,” “outrageous and reprehensible” actions of reneging on the agreement “from a position of superiority” by “expend[ing]…”incomprehensible, time and effort to avert reinstatement,” judge Elliot ordered nearly $3 million in punitive damages and further ordered all legal fees to be assessed against Wells Fargo and Freddie Mac.

The Holms were represented by National Trial Lawyer Gregory Leyh.