What Are The Pros and Cons Of Representing Yourself In Court? 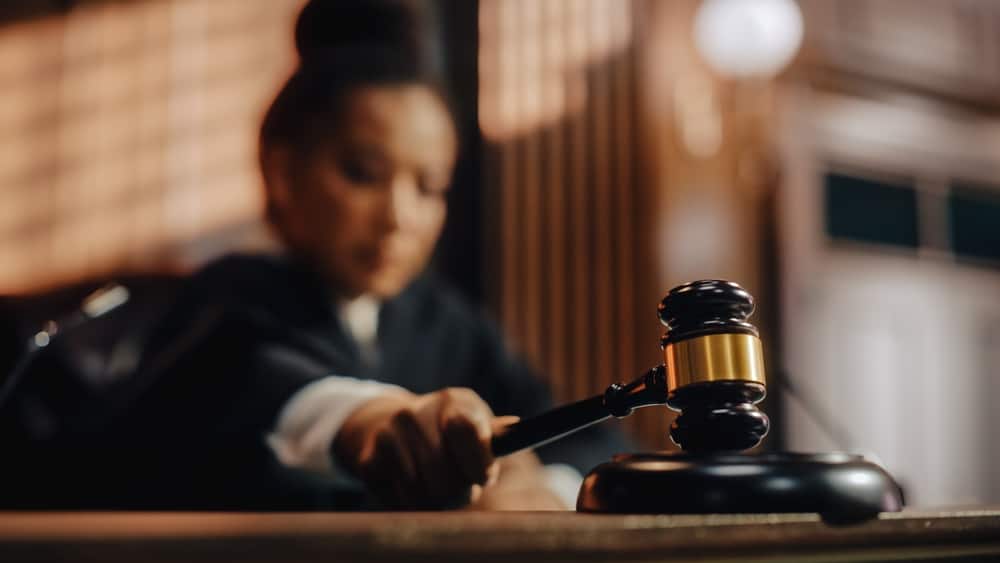 Defending yourself in court is uncommon in our legal system, but there are instances where it does occur. The majority of people represent themselves in court for a variety of reasons. In criminal trials, a defendant may not want to pay or cannot afford a private counsel, or they may consider that a public defender would not represent their best interests throughout the trial, or their trial may be straightforward, and they believe counsel is not needed.

There are also cases where a defendant might distrust the system and believes that deviating from the norm constitutes a declaration of resistance. Another major reason might be that a defendant is already in jail and may embrace the benefits of pursuing their own case, such as access to the library.

One of the most important realizations to have if you want to represent yourself is that you will be viewed in the same respect as an experienced attorney and will be expected to comprehend the laws as well as abide by the good etiquette and decorum of the court.

Laws and judicial systems have their own language, and if you don't understand even the most basic terminology, you may be lost and highly confused throughout a proceeding. Many of the most often used terminology in court originated from Latin. Such words as Habeas Corpus (That you have the body), Per Curiam (By the court), and Pro Se (On one’s own behalf). We've compiled a list of some of the most commonly used legal words to assist you in comprehending some of the terminology used during a trial. The following legal phrases are important to understand since they may come up in conversations with your lawyer, legal documents, or even current events.

In many cases, a case is handled outside of the courtroom and does not even go to trial. This occurs when both parties reach an agreement in a procedure known as a plea bargain. Parties agree to a plea bargain for a variety of reasons, including but not limited to the following:

The plea bargaining process is mostly confidential, and the specifics are only revealed to the public once it is announced in court. This can avoid the extensive attention that comes with trials, particularly those involving high-profile clients.

After the jury has rendered its judgment, it is customary for either party's counsel to request that the jury be polled. During this procedure, each jury member will rise and be asked individually if they agree with the decision. Once the polling is finished, the court will accept the verdict and declare the trial over.

Oral or written evidence delivered by a witness under oath, affidavit, or deposition during a trial or other legal proceedings is referred to as testimony. During the course of the proceedings, witnesses for the defense and the plaintiff will be called to the stand. The witness is under oath while on the stand, and whatever they say is considered testimony and truth. Suppose the opposing side demonstrates through evidence and cross-examination that a witness is lying during your testimony. In that situation, they can dispute the testimony, rendering it useless and riddled with flaws.

A grand jury is made up of 16 to 23 members who hear evidence from the U.S. attorney, who serves as the prosecutor in federal criminal matters. The grand jury decides if there is "probable cause" to suspect the person committed a crime and should face prosecution. If the grand jury believes there is sufficient evidence, the defendant will be indicted.

The Standard of Proof is defined by Merriam-Webster as the amount of certainty and degree of evidence required to establish proof in a criminal or civil action. Three of the most common standards for proof are Clear and Convincing Evidence, Beyond Reasonable Doubt, and Preponderance of Evidence.

Beyond Reasonable Doubt is a standard of proof that is more directed toward criminal cases. The beyond reasonable doubt standard mandates authorities to demonstrate, by evidence, that the accused defendant is the lone person accountable for the act.

In the majority of civil cases/lawsuits and administrative hearings, the Preponderance of Evidence standard asserts that a party must show its claim or position by a preponderance, which is defined as dominance in weight, force, importance, etc. In personal injury and breach of contract disputes, a preponderance of evidence means that a party has proven that its version of the facts, causes, damages, or responsibility is more likely than not correct. Unless otherwise specified by law, this requirement is the easiest to meet because it applies to all civil cases.

When the plaintiff fulfills the burden of proof by demonstrating that their allegations have a greater than 50% chance of being true, the preponderance of evidence standard is applied. If a claim can be proven to have a higher possibility of being true than untrue, the burden of proof is met. Additionally, civil law cases are often subject to the preponderance of evidence tests.

The plaintiff is the person that took the case to court; therefore, they will have the burden of proving their argument is justified. The burden of proof is frequently divided into two concepts: burden of production and burden of persuasion.

The burden of proof may include, but is not limited to, the following, depending on the jurisdiction in the United States:

In a legal system, the burden of proof is critical to the result of a case. The law requires determining who is in charge of presenting evidence that supports or refutes a claim. It also outlines how much proof is necessary to achieve that goal.

What Are Some Of The Challenges of Representing Yourself?

Lack Of Knowledge - Contrary to popular belief, viewing courtroom dramas can never provide someone with the legal understanding necessary to defend a case in court efficiently. Criminal defense attorneys study the law for years in law school and continue to refine their abilities in court throughout their careers. Attorneys are trained to be extensively versed in all court processes. What you see in law dramas is merely that, a drama. The fact that even lawyers facing criminal accusations retain the assistance of other lawyers to represent them in court should emphasize this point.

Lack Of Experience - In some cases, the self-represented defendant may be more knowledgeable about their case than anybody else. While this may be true, it does not imply that you should represent yourself. Knowing your case does not indicate that you understand how the legal system operates. In the vast majority of instances, the defendant will be up against a seasoned litigator who has tried numerous cases and fully knows the trial process. Defendants representing themselves will be at a significant disadvantage in comparison to the opposing counsel, not only in terms of knowing and comprehending the large quantity of legislation but also in terms of knowing and understanding the individuals in the court. Most experienced attorneys are acquainted with judges, clerks, and bailiffs. Knowing the individuals in these positions does not guarantee success in court. It will, however, greatly assist in knowing how individuals want things to flow, what they want to hear, what they don't want to hear, what buttons not to press, and what they are lenient on. This is particularly true when it comes to the judge.

Clouded Judgment - When someone represents oneself, their judgment may be affected since they are solely concerned with themselves. For example, a defendant may ignore the evidence and fight with emotions, ultimately undermining the defense. This is why having a lawyer advocate their client's interests comes in handy because the lawyer will debate the evidence and facts of the case without bringing emotion into the equation. Furthermore, when you argue with your emotions, you may produce unneeded interruptions that upset the judge and court and eventually waste the time of the jury.

Right To Self Representation

The Sixth Amendment to the United States Constitution states that in all criminal proceedings, the accused has the right to a timely and public trial by an impartial jury of the State and district in which the offense was committed. The Supreme Court concluded in the historic Faretta v. California case in 1975 that the sixth amendment implies an independent constitutional right of self-representation that a defendant may exercise. However, one of the requirements that were set in place was that the individual seeking to self-represent oneself must waive the right to counsel willingly, voluntarily, and intelligently.

Even if you have the constitutional right to self-represent, it is never recommended. Self-representation is a risky and tough duty for someone who does not completely comprehend the intricate details of our legal system. That is why you must consult with an experienced attorney who will be able to assist you at every level of the trial.

The case of Darrell Brooks v. The State of Wisconsin is one of the most recent and well-watched trials in which the defendant claims sovereign citizen status. During the trial, Darrell Brooks heaved numerous accusations against the court and the judge's legal grounds for hearing this case, including questioning her oath of office or whether she had even taken the oath of office, requesting proof of subject matter jurisdiction, and claiming that there is no plaintiff in his case because a plaintiff must be a living and breathing human being, not an entity.

Why You Should Hire An Attorney

Having a lawyer on your side may help you gather evidence for your defense, exchange information through the discovery process, negotiate plea bargains, and settle a dispute before it goes to trial. Seasoned attorneys also have access to a large network of specialists who can comb through the material and uncover flaws that can help you and your attorney contest the evidence in your case.

Furthermore, without the necessary legal knowledge, you may be unable to discern if critical evidence against you was obtained unlawfully or whether a witness' testimony contradicts previous statements. And, at each point during the investigation, was the evidence handled appropriately by the crime lab? Your lawyer will be aware of these developments and may be able to have the evidence suppressed.

While it is lawful for anybody not to employ an attorney, each circumstance is unique, and court processes are quite fluid. In some cases, failing to hire an attorney can result in broken agreements, lost claims, or even prison time. That is why it is critical that you employ a seasoned and well-educated attorney to assist you in seeking the justice you deserve.