What is Sexual Harassment? 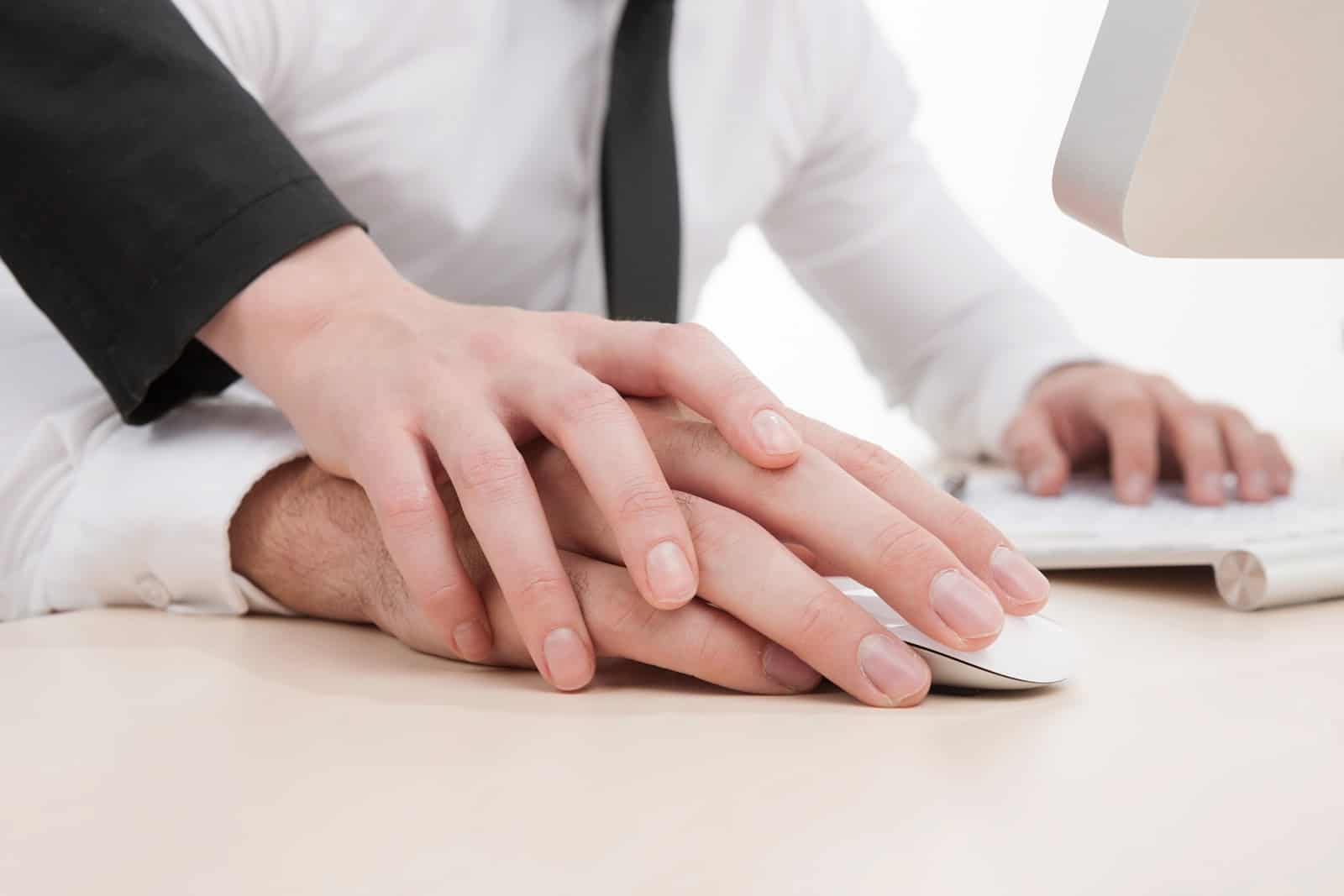 While the federal laws generally cover employers with 15 or more employees, your state may have better laws that cover smaller employers with fewer employees. Title VII is designed to make employers accountable for providing a work environment free from harassment and other kinds of discrimination. It makes it illegal for employers to allow harassment to occur or to fail to stop it once they know it is happening.

There are two key types of sexual harassment claims.

Workplace sexual harassment can take many forms. Among many things, this could be requesting sexual favors or verbal or physical conduct of a sexual nature that explicitly or implicitly affects an individual’s employment in a negative way. These actions could be in the form of unwanted touching, inappropriate comments or jokes, or someone promising you a promotion in exchange for sexual favors, among other things. These acts can rise to the level of sexual harassment when they unreasonably interfere with an individual’s work performance or create a hostile or offensive work environment. Something to note is that it matters what the person who is being harassed thinks, not what the harasser thinks. Therefore, this is a subjective standard. It is still harassment if the behavior is something you do not want or find offensive, even if the person who is doing the harassing believes it is OK, harmless, not sexual, or welcomed. Therefore, even if you do not immediately relate to the person that their words or actions were inappropriate, or tell them to stop, their actions are still harassment.

Sexual harassment does not necessarily have to be sexual to remain in this category. Although the law may not prohibit teasing or isolated incidents of such conduct, harassment is illegal when legally it becomes so frequent or severe that it creates a hostile or offensive work environment or even when it results in an adverse employment decision. It could be teasing, intimidating, or offensive comments based on certain stereotypes. This could also be bullying someone based on their sex, gender identity, or sexual orientation. Sometimes, sexual harassment can be about sex and also race and ethnicity. This intersectional harassment could occur where a person of color is treated differently from someone of a different skin color. Sometimes, individuals may be the target of abusive or hostile behavior because of the combination of their sex, race, or ethnicity.

Some examples of behavior that could amount to sexual harassment are:

A male or female can be a victim of sexual harassment. The victim and the harasser can be a woman or a man, and they can be of the same sex. The combinations could be endless. The harasser can be the victim’s supervisor, a supervisor in another area, a co-worker, or someone who is not an employee but instead a client or customer. The victim does not have to be harassed directly. They can be an employee who is indirectly yet negatively affected by the offensive conduct.

When looking at the harassment, it depends on each situation itself to determine how much, and how many incidents of the behavior are sufficient for a sexual harassment claim. This differs from claim to claim.  With the quid pro quo type cases, this could be considered sexual harassment when linked to either the granting or denial of employment benefits. Meanwhile, hostile work environment claims require proof of more of a pattern of offensive conduct. While less severe events low in number may not be sufficient, a single yet extremely severe incident of harassment could be sufficient to constitute a Title VII sexual harassment allegation. In the legal realm, the key is where the harassment is more severe, the less likely the victim will need to show patterns of incidents or repetitive actions.

When it comes to responsibility for sexual harassment, the employer is always legally responsible for harassment by a supervisor that culminates into an ultimate tangible employment action. The Supreme Court has recognized this liability is appropriate because an employer acts through its supervisors, and a supervisor’s undertaking of a tangible employment action is equivalent to an act of the employer. Employers can be legally responsible for sexual harassment against their employees and liable to them for damages. Liability often depends on the type of harassment, and who committed it. If the harassment results in a tangible employment action (such as firing, demotion, or unfavorable changes in assignment) the employer is liable. The employer is also liable if they knew or should have known about the harassment unless it took immediate and appropriate corrective action. An employer may be required to post notices to all employees addressing the violations of a specific charge and advising them of their right to be free of discrimination, harassment, and retaliation. Notices must be accessible to persons with visual and other disabilities that affect reading as well. Significant monetary damages are possible and not uncommon in sexual harassment cases. Victims of harassment may receive both compensatory and punitive damages, and they are entitled to a trial by jury.

If you report sexual harassment, your employer cannot legally ignore you or retaliate against you. Legally, if an employer or someone within HR in your place of employment either knows about the harassment or should know about the harassment, they must take prompt action to try and stop the behavior, investigate the harassment and make sure it doesn’t happen again. The action must be appropriate and effective, actually making the harassment stop without in turn harming you or allowing you to become a target of retaliation. Retaliation is illegal. It is illegal for someone to retaliate against and punish you for reporting or speaking out against sexual harassment, or for participating in an investigation or legal action related to sexual harassment. Some examples of retaliation after reporting an incident in the workplace could include: being fired or demoted, receiving a pay cut or a reduction in your hours or benefits, being assigned a different shift, location, position, receiving new or different duties, or even being asked to take time off without pay. Although retaliation can be subtle at times, it can also get worse over time and become a pattern of behavior.

Victims of sexual harassment can recover remedies such as:

The Equal Employment Opportunity Commission (EEOC) is the federal agency responsible for investigating charges of job discrimination related to sex in workplaces of 15 or more employees. After you file a complaint, the EEOC will initially notify your employer that you have filed a charge which begins an investigation into your complaint. The EEOC may then take several different paths.

1)    Settlement: The EEOC may attempt to settle your complaint or refer you and your employer to a mediator.

2)    EEOC files a lawsuit: If the EEOC is unable to reach a settlement between both parties, and the defendant is also a private employer, the EEOC may file a lawsuit in federal court.

3) You file a lawsuit: If a charge is dismissed or the EEOC is unable to reach an agreement to settle the complaint, the EEOC will issue a notice to you advising of your right to sue in court. This notice is known as a “right-to-sue” letter. If you want to file a lawsuit before EEOC completes its process, you may request a right to sue letter.

If you feel you are the victim of sexual harassment, one action you can take to help any future case you might bring is to follow your company’s complaint policy. Confront the harasser and make sure he or she is aware that his or her conduct is offensive and affecting you negatively.

If you are the victim of sexual harassment, do not blame yourself for someone else’s actions. Do not feel ashamed and choose to ignore the behavior. Do not try to handle the problem yourself, especially if it is persistent. Make your feelings known, and if his or her behavior continues, report it.

If you or a loved one has been the victim of sexual harassment, please contact the experienced personal injury attorneys at The Cochran Firm, with offices nationwide, today for your free consultation.