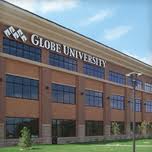 Weber was fired after bringing evidence to members of the executive leadership at Globe about illegal and deceptive claims being made by the school in its student recruitment advertising materials.

A Minnesota district court judge ruled that the for-profit Globe University must pay more than $500,000 in attorneys’ fees and related costs to Heidi Weber and her legal team. Weber was fired for blowing the whistle on Globe University's unethical recruiting policies.

The school also faces a separate class action lawsuit from five current students who claim Globe misleads prospective students, fabricates job placement numbers, accreditation, and transfer opportunities to other institutions. Another former Globe admissions representative, Hannah Von Bank, testified that Globe recruiters are actually trained to target those with low-income because this group is eligible for Pell Grants, and this was "free money" for the school.

Weber was fired after bringing evidence to members of the executive leadership at Globe about illegal and deceptive claims being made by the school in its student recruitment advertising materials and by school personnel paid to recruit students into the Medical Assisting Program.

Add in the $395,000 in damages awarded Weber by the jury when the case went to trial August 2013, plus additional pre-judgment interest charges in excess of $70,000, and the total amount due Weber and her law firm, Halunen & Associates, from Globe University now approaches $1 million.

A motion to reduce the amount of the jury award for being “excessive” was also denied by the judge.

“Justice was upheld,” says Clayton Halunen, an attorney with Halunen & Associates. “The judge affirmed the jury’s conclusion that our client was fired for doing the right thing by standing up against illegal advertising and recruiting practices. I don’t know what more we could ask for.”

“We are very pleased that the court supports the verdict of the jury in this case,” says Ross Stadheim, also an attorney at Halunen & Associates. “We’ve believed all along that our client, Heidi Weber, was irrefutably harmed by Globe’s actions against her – and that once the facts were out, no jury would find against her.”

The order dismissing Globe’s motions and announcing the assessment of attorney fees and costs was filed on Feb. 11. The case number is 82-CV-12-8297, on file in Washington County District Court in Stillwater, Minn.