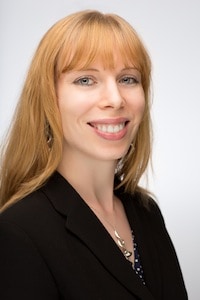 The award follows the jury’s unanimous verdict yesterday in which it awarded $2.7 million in general damages to Babyak in his lawsuit against the St. Paul,

The award follows the jury’s unanimous verdict yesterday in which it awarded $2.7 million in general damages to Babyak in his lawsuit against the St. Paul, MN-based manufacturer of products to treat peripheral and coronary vascular disease.

Commenting on the verdict, Babyak’s attorneys Tamara Freeze and Robert Odell of the Irvine, CA-based law firm, Workplace Justice Advocates, PLC, remarked: “The large verdict by the jury is complete vindication for our client, Steven BayBank. CSI fired our client after he alerted upper management of an illegal scheme of kickbacks to doctors as well as violations of the Sarbanes Oxley Act."

"We hope that CSI's Board of Directors will take decisive action against the executives who terminated Mr. Babyak and then tried to cover it up. What they did was outrageous and the jury unanimously agreed.”

In his lawsuit, which was filed on November 16, 2015, Babyak claimed that during the nearly three-year period he worked for Cardiovascular Systems, he repeatedly expressed concerns to its upper management, human resources and corporate legal counsel about a variety of issues including patient safety and violations of numerous state and federal laws, such as Anti-Kickback Act, Sunshine Act and Sarbanes-Oxley Act.

Babyak, who resides in Irvine, CA and worked in Southern California, served Cardiovascular Systems as a Regional Sales Manager with responsibilities for hiring, training and developing sales representatives. He reported that his ongoing complaints resulted in continual retaliation and harassment from the company and ultimately resulted in disciplinary actions against him, including the reduction of the territory he was responsible for which severely impacted his compensation and bonuses, quota increase and, ultimately, his discharge. On June 1, 2015, his employment was terminated by the company.