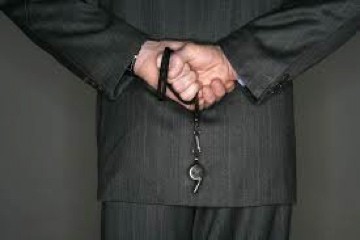 The Ninth Circuit overturned 23 years of precedent in holding it is now irrelevant whether plaintiff whistleblowers were involved in the public disclosure of their claims to recover an award. In so holding, the Court nullified its own 1992 False Claims Act ruling.

In reversing the district court’s dismissal of consolidated False Claims Act suits brought by whistleblowers against Kinetic Concepts Inc. (KCI), the Ninth Circuit found there are only two requirements for a whistleblower, or "relator," to be considered an original source who may recover under the FCA:

Plaintiffs Steven J. Hartpence and Geraldine Godecke, former KCI employees, filed suit in California seven years ago, accusing the company of submitting reimbursement claims for its VAC Therapy accelerated wound-healing devices to Medicare using a payment modifier code that allowed for automatic payment of the claims, despite knowing the claims were irregular and required individual review.

“Abrogating our earlier precedent, we conclude that it does not matter whether [a whistleblower] also played a role in the public disclosure of the allegations that are part of his suit. We overrule [the 1992 precedent set in Wang ex rel. U.S. v. FMC Corp.] of a hand-in-the-public-disclosure requirement to the original source exception, because the [disclosure] requirement has no basis in the statutory text.”

The 11-judge Ninth Circuit Panel unanimously disagreed with the district court, which used the Wang precedent the rule that the whistleblowers’ claims were based on publicly disclosed information and that they were not original sources. In determining Wang was wrongly decided, the Ninth Circuit has opened the doors for whistleblowers to establish original source status within its jurisdiction.

Plaintiffs Hartpence and Godecke experienced multiple obstacles throughout the whistleblower suit, such as a dismissal of allegations and disqualification of their counsel due to the improper use of privileged documents in their pleadings. But Mark I. Lebaton, attorney for Hartpence and Godecke, states he is pleased with the new Ninth Circuit precedent:

“We and our clients are elated . . . by the unanimous decision which overturns 23 years of Ninth Circuit precedent. Both the original source portion of the ruling and the first-to-file portion are very significant. The en banc panel has recognized the critical importance of knowledgeable inside whistleblowers in detecting and reporting fraudulent conduct by government contractors.”

Opens the door for fraud suits

The Ninth Circuit’s ruling that whistleblowers no longer need to have a hand in the public disclosure of their claims removes a decades-long deterrent for qui tam relators and opens the door for more suits alleging fraud on the government. “Qui tam” is an abbreviation for the Latin phrase meaning, “Who a well for the king as for himself sues in this matter.” Qui tam relator (or whistleblower) lawsuits allow individuals to bring actions on behalf of the government, in which relators can receive a share of the recovery as a reward for shedding light on fraudulent activity.

Now that it is irrelevant whether whistleblowers have a hand in the public disclosure of their claims, the two requirements set forth by the Ninth Circuit will not have the same deterrent effect on qui tam claims. Whistleblower suits will continue to grow in numbers as a result of this decision, so government contractors should make sure their respective business practices are well above reproach.