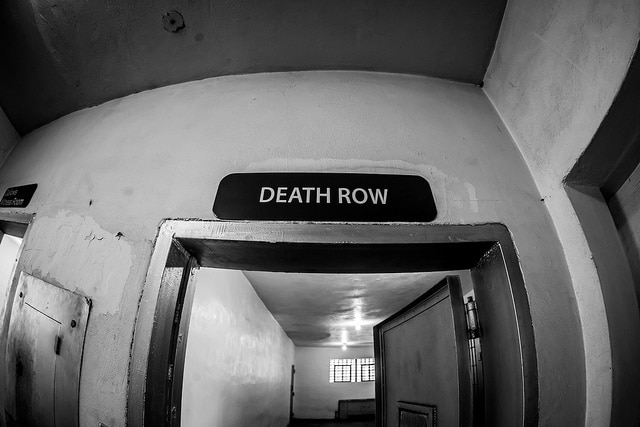 A Texas inmate who has been on death row for a crime he could not have committed was freed from prison today. In September, he won parole, thanks to six years of pro bono work by the Denver law firm Lewis Roca Rothgerber.

Manuel Velez and the woman he was living with were charged in the 2005 death of her infant son. The mother pled guilty to injuring the child and received a ten-year sentence in exchange for her agreement to testify against him. Velez was convicted in 2008.

At trial, the defense made numerous egregious errors, including failing to
present evidence of the mother’s abuse of her children. They also failed to
challenge the testimony of the state’s medical experts concluding that the
child died of injuries that could only have occurred during the two weeks
before his death.

At the request of Velez’s pro bono legal team, the neuropathologist who analyzed the child’s brain tissue for the state conducted further analysis on the tissue samples. He concluded that the child had sustained a brain injury much earlier than government experts had testified at trial—when Velez was living in another state.

On April 2, 2013, the trial court recommended -- and the Texas Court of
Criminal Appeals affirmed -- that Velez’s conviction be overturned and that he
be given a new trial. However, he was not released from prison.

The district attorney had initially vowed to retry Velez for first degree murder and once again seek the death penalty. However last week, after numerous discussions, Velez was offered a plea of “no contest” to reckless injury to a child with a sentence of 15 years.

After being imprisoned for nine years, four of which have been spent on Death Row, Velez will soon be eligible for parole with credit for time served and good behavior.

This result was achieved through the efforts of Gregory B. Kanan, Tamara F. Goodlette, Jaclyn Casey Brown and Edward A. Gleason, in partnership with Dallas firm Carrington, Coleman, Sloman & Blumenthal -- and many other lawyers and staff over a period of six years.

In 2013, the American Bar Association presented Kanan, Goodlette, Brown and Gleason with its Exceptional Service Award for Pro Bono Death Penalty Representation for their work in securing Velez’s retrial.