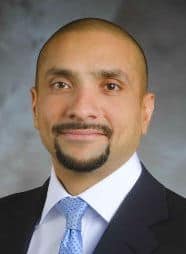 Troy Pradia and Jonathan Cox of the Cox Pradia Law Firm and Luke Neder of Dale Buchanan & Associates are also part of the family’s legal team.

On November 21, 2016, Zyanna Harris was a passenger in a school bus when it rolled over and collided with a tree. Zyanna died from blunt force trauma.

The attorneys have also filed suit against Thomas Built Buses, Inc., a subsidiary of Daimler Trucks North America, LLC. The bus in question was defectively designed because it did not include seatbelts. Additionally, the bus contained a window system that failed to prevent contact between the window glass and the roadway and failed to minimize the possibility of occupant ejection in foreseeable overturn/slide events.

“The negligence case against Walker and Durham School Services is clear. We also know that the bus manufacturer could have delivered a safer product into the stream of commerce by equipping this bus with seat belts and glazed shatter-resistant windows. The real question is whether those features would have lessened the harm to these innocent school children in this crash? That’s what I have been hired to determine,” said Aziz. Mr.