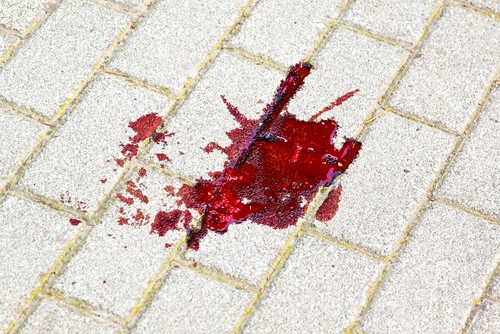 A federal judge has upheld the wrongful death jury verdict against the Marion County, FL, Sheriff’s Office and its deputies in the shooting of Joshua Salvato two years ago.

The judgment, issued on June 30 by U.S. District Court Judge William Terrell Hodges, also upholds the jury award of $2.3 million in restitution to Salvato’s family for the death of the unarmed 21-year-old.

In awarding restitution, the jury on May 30 charged deputies Lauren Miley with using excessive force and Norman Brown with willingly and wantonly acting in bad faith by inflicting conscious pain and suffering on Salvato before he died. The jury further charged that Sheriff Chris Blair violated department protocol in his failure to investigate the shooting.

Salvato’s tragic death was captured by the patrol car’s dashboard camera, a key piece of evidence in the eight-day trial. The footage established that Miley pulled out her service pistol and opened fire, shooting Salvato in the abdomen as he was retreating from her. As Salvato lay face down in the middle of the road bleeding to death, Deputy Mile handcuffed him and Brown then tasered him 12 consecutive times over six minutes, prior to Salvato dying of his gunshot wound.

“We are pleased that Judge Hodges has entered judgment that is in full agreement with the jury’s award and verdict in this tragic case. We hope that this will send a message that no one – not even law enforcement officials – are above the law,” said plaintiffs’ attorney Theodore Leopold, of Cohen Milstein Sellers & Toll PLLC. Also representing Joshua Salvato’s father, Vincent Salvato, in the civil case are co-counsel Antonio M. Romanucci of Romanucci & Blandin, LLC, and Janet Varnell of Varnell & Warwick, P.A.

The federal lawsuit charged that Joshua Salvato of Summerfield, FL, was deprived of his civil rights as a U.S. citizen under both the 14th and the Fourth Amendments to the U.S. Constitution.

According to the complaint, on July 6, 2012, Deputy Miley responded to a 911 call concerning an alleged disturbance along a local highway. Upon finding Salvato walking along the road, she asked if he was carrying a weapon and confirmed that the only item in his pockets was a piece of bread.

Despite having no cause to place Salvato under arrest or take him into custody, Miley called for backup. When Deputy Brown arrived he shoved Salvato’s face onto the ground and the two deputies attempted to handcuff him, without any justification of a crime being committed. Salvato escaped from their grasp and was moving away from the deputies when he was shot and mortally wounded.