Woman Allowed to Sue Herself for Causing Husband's Death 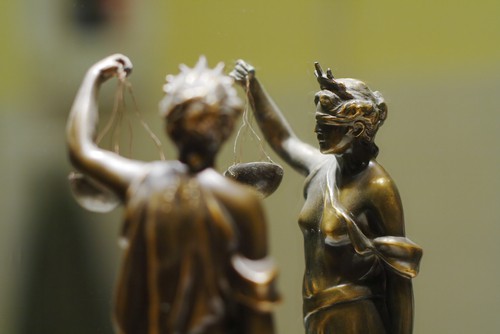 Because of an insurance claim denial, a wife acting as late husband's estate representative and heir is forced to sue herself as the defendant for his wrongful death.

A Utah court of appeals granted a woman permission to bring a wrongful death and survival action against the driver whose negligence contributed to her husband's death. Because she was the driver in the accident that killed her husband, Barbara Bagley is suing herself, acting in different capacities contemporaneously as the plaintiff and defendant.

She was forced to use the unusual legal approach because the insurance company refused to pay her claim.

Barbara Bagley was driving in Nevada in November 2011 with her husband, Bradley Vom Baur, who was the passenger. She lost control of the vehicle, causing a rollover accident. Her husband died due to injuries sustained during the accident, according to the opinion.

Bagley the plaintiff, acting as the personal representative of her husband's estate and only heir, sued herself as the defendant, whose interests were represented by her insurance carrier. By bringing a successful action against herself as the defendant, Bagley’s insurance carrier would have to cover the cost for her negligence while driving, resulting in her late husband's death.  The insurance company would then pay plaintiff Bagley as the personal representative and heir of her husband’s estate, according to a CBS money watch article.

The district court dismissed the lawsuit, reading the statutory language to exclude a tortfeasor from seeking recovery for herself.  The court of appeals however, ruled that the language did not restrict Bagley from suing herself, and reversed the district court’s ruling.

The court of appeals determined that the “absence of punctuation marks separating” the words “death of a person” from “of another” in the language is read to mean that the two are connected, and “another” only refers to a person other than the decedent, according to the opinion.

The same separating punctuation is also missing from the survival action statute, which is interpreted by the court as meaning that the “another” is anyone other than the decedent, even if the “another” is both the defendant tortfeasor and the heir and personal representative of the estate.

The court gave further deference to the Utah legislature's language and their intent in referencing another section in the same statute chapter, which explicitly restricts spouses that are “alleged to have contributed to the death of the decedent” from becoming presumptive personal representatives, according to the court.

The court interpreted the absence of this type of language in the other statutes as a clear indication that the legislature intended the wrongful death and survival action Bagley implicated to allow for a tortfeasor to also recover against herself.

Insurance company argued against their own client

Defendant Bagley’s attorneys, provided by the insurance company, argued that the reading of the statute to allow for her to file an action against herself, was “’contrary to…basic notions of fairness and decency’ and contrary to public policy.” The court of appeals flatly rejecgted the argument because the defendant did not define the public policy nor cite to any Utah policy regarding the notions of fairness and decency, but instead only cited to cases outside of the state.

The court said that its proper role was to interpret the “meaning and application” of a statute’s text and avoid “judicial mischief” which they would do by allowing the Legislature to correct any statutory language that may be contrary to public policy.

The case is Bagley and the Estate of Vom Baur v. Bagley, Case No. 20131077-CA in the Utah Court of Appeals, Third District.