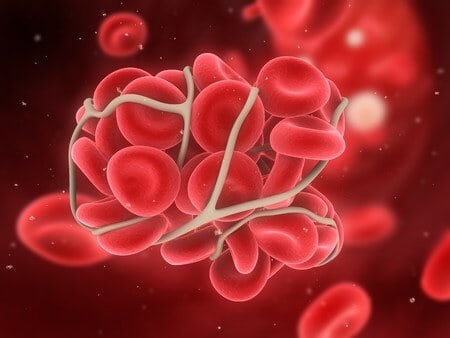 The drug, which was originally approved by the FDA in 2011, was a popular alternative to other more traditional anticoagulants, largely because it required no drastic dietary alteration, little monitoring, and no adjustment to dosage. It has since received negative attention in the legal world, with more than 3,124 complaints filed or transferred into the multidistrict litigation docket.

Harmful Side Effects Experienced by Users

Multidistrict litigation (MDL) refers to a special federal legal procedure designed to speed the process of handling complex cases, such as air disaster litigation or complex product liability suits. MDL is helpful in mass tort cases like this because it allows attorneys to participate in discovery and litigate common factual issues efficiently and effectively for their respective clients.

Xarelto (Rivaroxaban) is a prescription anticoagulant medication that prevents the formation of blood clots by blocking certain clotting proteins in blood. Three additional indications of use for Xarelto are:

Defendants in the MDL include Bayer Healthcare, the designer and manufacturer of Xarelto. Janssen Pharmaceuticals (a Division of Johnson & Johnson) currently sells Xarelto in the United States pursuant to a licensing agreement with Bayer. Plaintiffs involved in the MDL have suffered various harmful side effects, including:

In January 2015, the U.S. Judicial Panel for Multidistrict Litigation consolidated MDL 2592 in the Eastern District of Louisiana (New Orleans) before The Honorable Eldon E. Fallon. Four bellwether trials have been selected and are slated to occur in early 2017. MDL developments will continue to be reviewed in monthly status conferences.

Bellwether trials are an increasingly common phenomenon in U.S. legal practice. Bellwether trials are especially common in MDL practice. In MDL cases, it is not practical to prepare every case for trial. For efficiency, several matters are selected as bellwether cases and prepared for trial. They are then settled or tried and the results are used to shape the process for addressing the remaining cases.

A bellwether trial is designed to be a value ascertainment function for settlement purposes or to answer troubling causation or liability issues common to a universe of claimants. For the tried cases to achieve these purposes, they must be similar and representative of all cases.

Philadelphia has experienced a significant increase in Xarelto case filings in recent years. From March to October 2014, only a handful of cases were filed each month, the most being five in September 2014. However, in November 2014, the number spiked with 19 new cases filed. In December 2014, 26 cases were filed, followed by 17 in January 2015, 37 in February, and 50 in March.

Philadelphia is not the only state that has experienced a sharp increase in Xarelto MDL. In Louisiana, 2,800 suits were combined by the JPML as MDL No. 2592. Pennsylvania has also merged 550 plaintiffs’ cases to form a mass tort litigation program in the Philadelphia Court of Common Appeals. The majority of the cases consolidated into MDL No. 2592 allege that the drug places patients in danger of sudden and catastrophic bleeding events. Additionally, MDL plaintiffs claim that the makers of the drug concealed the negative traits of Xarelto through unsound business practices, while touting its positive attributes to the public.

The first bellweather trial is scheduled for February 6, 2017.