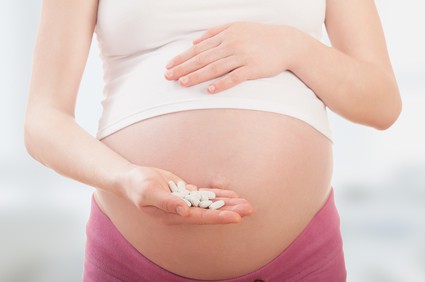 The rise of mass tort litigation continues with a focus on Zofran, an anti-nausea drug. The FDA approved Zofran for women undergoing chemotherapy. Later, Zofran was illegally marketed to pregnant women for the off-label use of treating morning sickness, which caused serious birth defects.

Several years ago, GlaxoSmithKline – the manufacturer of Zofran – reached a $3 billion settlement with the Justice Department for the fraudulent marketing. A multidistrict litigation (MDL) docket was subsequently created in Philadelphia, and the first cases were filed in 2014.

Zofran has been on the market since 1991, and evidence shows approximately 30,000 children were born with birth defects because of the drug’s off-label use.

A mass tort is ordinarily a product liability case where hundreds of plaintiffs file suit collectively against a pharmaceutical company. These cases are typically collected into one of 300 federal MDL dockets.

The 2012 GlaxoSmithKline criminal case does not affect the settlement value in civil cases.

According to senior consultant and former pharmaceutical executive John Ray, “Zofran is in the early stages of the litigation. We estimate that it will take six years, from this point, for an investment in the Zofran case to pay return on [plaintiff attorneys’] investments.” This is the cost of doing business for mass tort plaintiffs’ attorneys interested in pursuing Zofran litigation.

A decision to form the MDL is expected any time. GlaxoSmithKline (GSK), the second-largest pharmaceutical company in the world by revenue, has deep pockets. In fiscal year 2010, GSK generated revenues of £28.4 billion and net earnings of £1.85 billion after taxes.

Products liability lawyers are currently marketing heavily to find mass tort clients. Marketing expert Steve Nober, CEO of the Consumer Attorney Marketing Group, says that Zofran is one of the most advertised mass tort campaigns out there.

In June, 2015, one mother asserted that she started using Zofran to prevent nausea and vomiting in her first trimester of pregnancy. Six months later, she gave birth to a baby girl who was born with “hole in the heart” defects.The little girl needed surgery immediately.  Her heart defects included ventricular septal defect and atrial septal defect.

In addition to deadly heart defects, Zofran has also caused cleft lip and palate in newborns. One anonymous little girl has undergone ten surgeries to correct her cleft lip and palate. Her mother alleged that her birth defect impairs her development and enjoyment of a normal life both at home and at school.

Personal injury lawyers should expand their practices in the area of Zofran mass tort litigation and keep informed of the MDL progress.