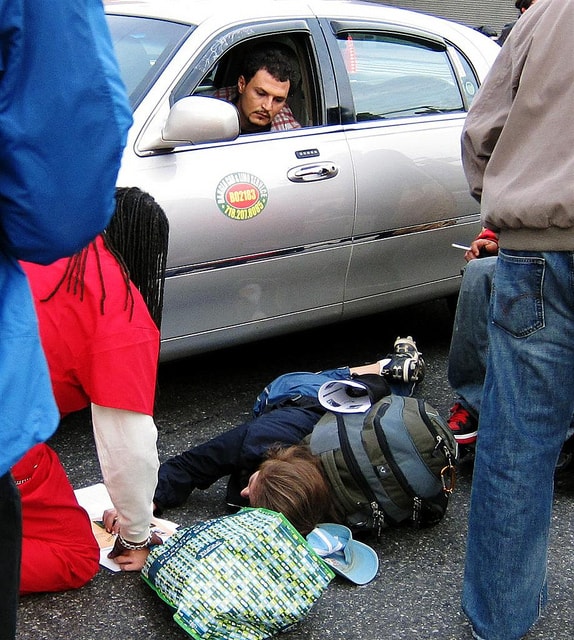 San Diego, Calif. -- Following a three-day trial, a Vista Superior Court jury has ordered a San Diego company to pay  $425,741.67 in damages to Carlsbad resident and Arizona State University student Haley Shook, now 23, who was seriously injured after being hit by a company truck while traversing a Carlsbad cross walk.

Attorneys Thomas Penfield and Robert Francavilla, partners with San Diego-based law firm CaseyGerry, handled the case against San Diego-based American Reprographics, LLC, a digital reproduction firm whose truck driver admitted fault when he collided with the plaintiff in the middle of a marked crosswalk.

Penfield and Francavilla are both members of The National Trial Lawyers Top 100 lawyers.

According to Penfield, the plaintiff, then 19, was crossing the street returning from the beach when the delivery driver came around another car as he approached the crosswalk. “Although the driver hit his brakes, he could not stop in time to avoid hitting our client.  She jumped in the air to try to avoid the impact, landing on her right foot, breaking two bones,” he said. “Following impact, she fell to the street, and shortly thereafter required foot surgery. Although the crash happened in 2011, she has continued to experience chronic pain in her foot.”

Penfield noted that the defendants originally offered $100,000 but the jury agreed that the pain was permanent -- rendering a verdict consisting of $60,741.67 in past and future medical expenses and $365,000 in general damages for pain, loss of quality and enjoyment of life.

“I’m pleased that our client was fairly compensated for her injuries – as medical testimony demonstrated that she will suffer foot pain for the rest of her life,” Francavilla added.

Casey Gerry was established in 1947, and is the oldest plaintiffs' law firm in San Diego.  The firm's attorneys practice in numerous areas, including serious personal injury, product liability, pharmaceutical, mass tort and class action litigation. Headquartered at 110 Laurel St. in the Banker's Hill neighborhood of San Diego, the firm also has an office in Carlsbad, Calif.  For more information, visit www.caseygerry.com.