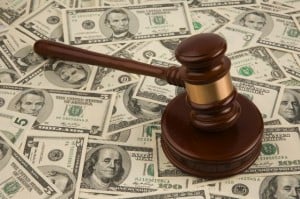 Non-economic damages caps in medical malpractice cases are unconstitutional, ruled the Florida Fourth Circuit appeals court. The plaintiff was successful in her claim against North Broward Hospital District, after a tube perforated the plaintiff’s esophagus during surgery for carpal tunnel syndrome.

According the plaintiff’s attorney Erin Gonzalez, medical malpractice was the only tort in Florida with caps on noneconomic damages, making this an important decision.

Susan Kalitan was placed in a drug-induced coma for several weeks; she continued to have pain and trouble eating. During trial, the plaintiff was awarded $4.7 million.

However, pursuant to Florida damages statutes and tort reform in 2003, the award was reduced. Damage awards in suits without catastrophic injuries are capped at $500,000.

The defendant challenged the original award stating there was no evidence to support the jury’s finding of a catastrophic injury.

The court closely followed the Eleventh Circuit decision in Estate of McCall v. United States, in which the negligence of Air Force doctors and nurses caused the death of Ms. McCall during childbirth. The original jury award was reduced from $2 million to less than $1 million. The appeals court ruled the noneconomic damages cap did violate the Equal Protection Clause of the Florida Constitution. McCall addressed the application of the damages cap to survivors in wrongful death actions.

In passing the law, the Florida legislature deemed the state was in a “medical malpractice insurance crisis of unprecedented magnitude.” The concurring opinion in McCall stated the statute failed the “smell test” because the problem no longer existed.

If the statute was created to address the issue and the issue no longer exists, then the state no longer had a legitimate objective to which the damages cap could be rationally and reasonably related, thus failing the rational basis test, the appeals court stated.

The opinion written by Judge Forst, concluded the award reduction was improperly limited, and instructed the trial court to reinstate the total award decided by the jury.