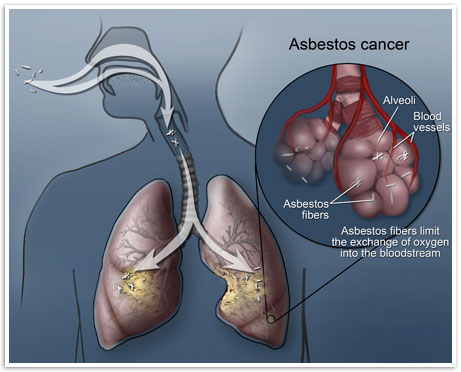 A Manhattan jury returned a verdict against Ford Motor Co. and awarded $11 million to the family of an auto mechanic, finding that Ford acted with reckless disregard for his safety, and that Ford bore nearly half the blame for his death.

An automobile mechanic throughout his working years, Arthur H. Juni, Jr. had retired. He died of mesothelioma in March after an agonizing battle with the cancer that was diagnosed in 2012.

Juni, a New York resident, initiated his lawsuit against Ford soon after he was diagnosed with mesothelioma.

[/sws_yellow_box] He accused Ford of causing his fatal disease by failing to warn that certain Ford automotive parts contained asbestos and that breathing asbestos posed a significant health risk.

Asbestos – utilized in brakes, clutches and engine gaskets – causes mesothelioma in people who inhale the toxic mineral, Juni asserted in his lawsuit.

Died just before the trial

Members of the team that represented the plaintiffs included attorneys Benjamin Darche, Adam Cooper and Jerry Kristal of Weitz & Luxenberg.

Eight million of the $11 million award was to compensate Juni for his pain and suffering, Weitz & Luxenberg said. The remainder of the total goes to his wife, Mary Jo, for her loss of services and consortium resulting from his cancer.

“Ford was a very tough defendant represented by very capable lawyers,” Kristal said. “But we were able to succeed by preparing ourselves extremely well for trial. We presented clear and compelling evidence and our law group exhaustively researched case-law to bolster our arguments.”

Arthur H. Juni, Jr., began his career as an auto mechanic in 1965. He regularly worked for decades on Ford asbestos brakes and clutches, and frequently removed and replaced Ford asbestos engine gaskets.

Weitz & Luxenberg sought to prove that his handling of those automotive products unknowingly exposed him to asbestos and caused him to develop mesothelioma.

Juni noticed in 2012 a troubling deterioration in his health. Alarmed by a chronic cough and pain in his chest, he sought medical attention.

On June 25 of that year, Juni was diagnosed as having malignant pleural mesothelioma, an unusually aggressive form of cancer that begins on the layer of tissue surrounding the lungs.

His quality of life rapidly declined as the disease grew and violently spread. For most of the next two years, Juni endured pain – often agonizing and debilitating, according to his testimony, his wife’s testimony and the medical records introduced into evidence.

Aware of the terminal nature of mesothelioma, Weitz & Luxenberg three days earlier recorded Juni’s testimony on videotape to preserve it for the upcoming trial. The testimony was taken under oath at his home in Nanuet, New York.

At trial, the video of that testimony was played back on large television monitors for viewing by the jury.

“Justice was served by this verdict,” Darche said. “This terrific family was torn apart by mesothelioma. The verdict holding Ford responsible was a tiny measure of recompense for their suffering.”