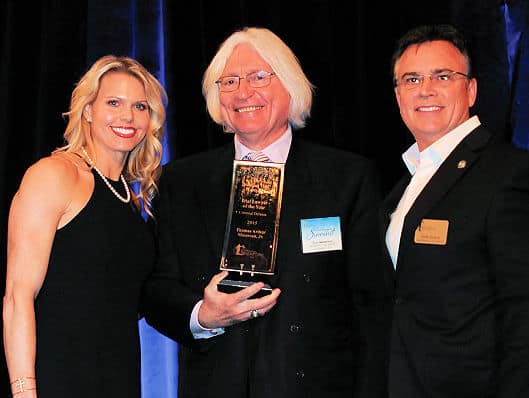 Attorney Tom Mesereau was named the 2016 Criminal Defense Lawyer of the Year at The National Trial Lawyers Summit in Miami.

Thomas A. Mesereau, Jr. is best known for winning the acquittal of the late music legend, Michael Jackson, of all fourteen charges in the most watched trial in legal history. Tom is widely recognized as one of the best trial lawyers in the country.

He has been selected by his peers as one of “The Best Lawyers in America” and has been listed as one of the “One Hundred Most Influential Attorneys in California” by the Los Angeles Daily Journal, the leading legal newspaper in California.

Whether he is defending a complex, white-collar case in federal court or a non-white-collar criminal case in state court, Thomas A. Mesereau, Jr. is a trial lawyer who wins.

For example, in 2009, he successfully defended the highest-grossing real estate agent in the country who was facing 21 counts of conspiracy, money laundering, bank fraud, loan fraud and mortgage fraud in the United States District Court, Central District of California (Los Angeles). After a five week jury trial, his client was Not Convicted on any of the indicted 21 felony counts (13 acquittals and 8 hung counts).

Earlier that year, Mr. Mesereau Acquitted his client in a murder case in a state court. Both cases were high profile. That year, two other jury trials (white collar felony embezzlement and alleged rape) ended in hung juries.

Mr. Mesereau has been named one of America's 100 Most Influential Trial Lawyers by The National Trial Lawyers organization. Also, in April 2011, Loyola Law School, Los Angeles presented Mr. Mesereau with the prestigious 2011 Fidler Institute Award for Excellence in Criminal Defense. In December, 2011, the Los Angeles Times distributed a list of the top lawyers in Southern California. Mr. Mesereau was named criminal defense lawyer of the year. Earlier that year, Mr. Mesereau and his legal team were successful in having a judge dismiss a capital murder case prior to trial.

Barbara Walters named Tom Mesereau one of the year's “Ten Most Fascinating People” for his trial excellence and commitment to representing the underprivileged.