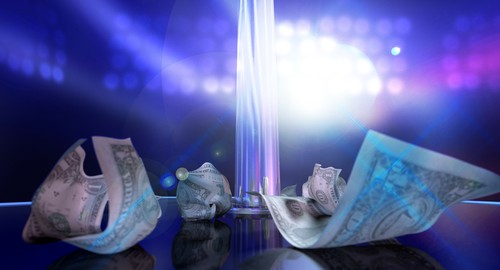 The club owner paid the dancers for “well below half” of their hours worked in a week and never paid them overtime.

Two former exotic dancers were awarded $250,000 by a Texas federal court jury and judge against a San Antonio strip club that forced them to work “off the clock” by not paying them minimum wage or overtime and confiscating their tips.

Alexis Alex and Nicolette Prieto were hourly paid exotic dancers employed at Tiffany’s Cabaret in Austin, Texas from 2008 to 2013.  After a three-day trial, a jury of two women and six men found that Tiffany’s Cabaret owner Tim Eidson willfully violated the Fair Labor Standard Act (FLSA).  Alex and Prieto were awarded $60,961.50 and $65,008.00, respectively, for three years’ worth of lost wages, according to court documents.

Alex and Prieto were also awarded liquidated damages equal to the jury award amount by U.S. District Judge Royce Lamberth after concluding that club owner Eidson’s labor and wage practices were “not [done] in good faith,” increasing the total award the dancers received to $250,000, according to court documents.

“Maybe it’s shame on us for not having a better accountant” said Eidson’s attorney Judge Lamberth.  Lamberth agreed that Eidson’s reliance “on 20-year-old legal advice” from its accounting firm “just doesn’t cut it,” according to a San Antonio Express News report.

The dancers brought Fair Labor Standard Act (FLSA) claims against Eidson in 2013, alleging he only paid them for “well below half” of their hours worked in a week and never paid them overtime, even though they worked more than forty hours a week on average, according to their complaint.

Dancers required to give up tips

The dancers were also required hand over their tips to the club as a “house fee” and were also required to give their tips to other employees, such as the club’s house mom, DJ and bouncers.  Legally, an employee who receives tips can only be required to turn over tips to an employer if the tips are being taken as a tip credit towards the employers minimum wage obligation or if they are part of a valid tip pool, neither of which were the case at Eidson’s club, according to court documents.

Eidson was also taking the dancers tableside dance fees as service charges.  The Judge independently ruled that the tableside dances were tips belonging to the dancers and could not be taken by the club to be used as a tip credit.

NY Strippers Awarded $10.8 Million in Back Wages -- A federal judge in New York ruled that more than 1,900 dancers who were classified as independent contractors were entitled to be classified as employees earning minimum wage.  The judge found that Rick's Cabaret owed the dancers $10.8 million in back wages and tips.

The dancers at Tiffany’s Cabaret were actual employees who were supposed to be paid an hourly minimum wage rate and an increased rate for time worked over 40 hours, but they were not.

The verdict sends a message to other club owners that the dancers “will not tolerate having to shoulder the labor costs associated with their operation and that they have rights,” according to San Antonio Express News report.

Alex and Prieto thanked the jurors who gave a verdict in their favor.  “I’m glad we could depend on normal people like us to see that we were not just exotic dancers but to see that we are employees no matter what we do,” said Alex, “and I don’t feel we should be excluded from any employee who got minimum wage,” said Prieto, as reported in the San Antonio Express news.

The club owner plans to appeal, but it may be a lost cause.  The Judge offered Eidson’s attorney “at least a beer” if he is able to win a reversal, according to the San Antonio Express News.