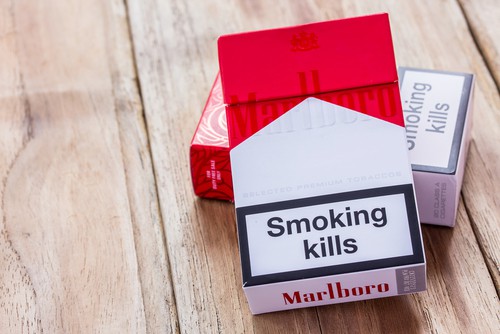 The United States Supreme Court upheld a $25 million punitive damages award against tobacco giant Philip Morris USA Inc. for the family of a Oregon woman who died from lung cancer that had metastasized to a brain tumor.

The high court declined to hear Philip Morris’ appeal of an Oregon Appeals Court ruling that upheld the $25M punitive damages award reduced from a $150M jury verdict after the Oregon Supreme Court ordered a new trial solely on the issue of punitive damages.

Michelle Schwarz survivors brought the lawsuit against Philip Morris after her death in 1999.  Schwarz smoked since the age of 18 and switched to Philip Morris’s Merit Brand cigarettes which were fraudulently marketed as low tar cigarettes as a safe alternative.

The jury found Philip Morris liable for negligence, product liability, and fraud and apportioned Schwarz 49 percent of the fault, awarding $168,000 in compensatory damages and $150 million in punitive damages.

Philip Morris appealed the verdict to the Oregon Supreme Court asserting that the trial court had not properly instructed the jury regarding punitive damages.  The court ordered a new trial and limited the question on what the correct amount of punitive damages should be.

Using the binding verdicts from the first jury trial, the jury determined a punitive damages amount considering the courts emphasis that the evidence demonstrated that the tobacco giant acted with “reckless and outrageous indifference to a highly unreasonable risk of harm and …with a conscious indifference to the health, safety, and welfare of others.”

Considering what the court noted as concerns about the “degree of reprehensibility of Philip Morris’s conduct,” and the evidence regarding the tobacco company’s worth of $50 billion, the retrial jury awarded punitive damages of $25 million.

Philip Morris appealed the verdict again, arguing the award was grossly excessive in violation of the Due Process Clause.  The state’s Supreme Court rejected the argument, concluding that Philip Morris’s conduct, which it described as a “concerted decades-long effort to deceive smokers and the public about the dangers of smoking” its low-tar cigarettes, was “extraordinarily reprehensible.”

In affirming the verdict, the court referenced the state appeals court ruling that compared Philip Morris’s conduct to criminal homicide, writing that the fraudulent conduct the company engaged in resulting in Schwarz’s death could constitute first-degree manslaughter.

In its petition to review to the United States Supreme Court, Philip Morris asserted that Oregon’s partial-retrial of only the punitive damage issue conflicted with the high court’s rulings that partial-retrials are only allowed in unusual circumstances because they may cause “serious due process concerns.”

Philip Morris asserted that the Oregon courts were required to order a new trial on all issues, not just that of punitive damages.

The tobacco company also argued that the Supreme Court could use the case to settle state and federal court conflicts on the permissibility of partial retrials in punitive damage cases.

The company further urged the courts review of the case, claiming its implications “transcend punitive damages” and “will provide valuable guidance to…courts across the country” in complex litigation and “mass tort litigation that has proliferated in recent decades.”

Schwarz response brief pointed out that the cases cited by Philip Morris did not apply to decisions to remand for full or partial retrial.  The response further argued that issues for retrial are recognized as a matter for the court’s discretion and does not conflict with the due process clause.

The Supreme Court apparently did not find the case to be of transcending importance and declined to review, upholding the $25 million punitive damage award.