The â€œIn-Useâ€ Requirement Under the Locomotive Inspection Act 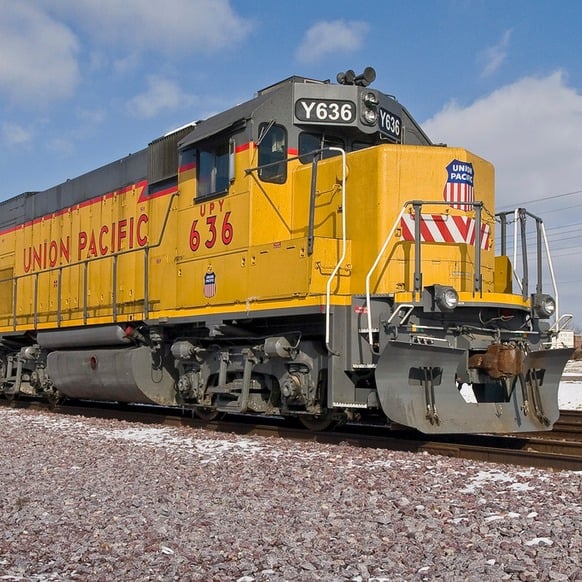 The Federal Employers’ Act (“FELA”) supplants state tort and workers’ compensation schemes for railway workers who are injured on the job and provides their only right to recover damages for workplace injuries.  N.Y. Cent. R.R. Co. v. Winfield, 244 US 147, 150-52 (1917).

A plaintiff suing under FELA must prove that the railroad either was negligent or violated one of two safety statutes, the Locomotive Inspection Act (“LIA”)[3] or the Safety Appliance Act (“SAA”), 49 USC §§ 20301-20306.  Id. at 189.  The purpose of FELA is “to provide liberal recovery for injured workers.”  Kernan v. Am. Dredging Co., 355 US 426, 432 (1958). The LIA and SAA each set forth specific safety standards that apply to different aspects of railroad operations.  All three statutes are “to be liberally construed in the light of [their] prime purpose, the protection of employees and others by requiring the use of safe equipment.”  Lilly v. Grand Trunk W. R.R. Co., 317 US 481, 486 (1943).

A finding that the railroad violated the LIA can drastically impact an injured employee’s lawsuit, including partial summary judgment or a directed verdict in favor of the employee.  One of, if not the most, contentious and hotly contested areas of litigation within the LIA is the “in-use” requirement.  The railroad defendants often obfuscate the law and facts in an effort to impermissibly narrow the scope of the meaning of “in-use” in order to avoid liability under the LIA.

The purpose of the “in use” requirement is to effect Congress’ intent to “exclude those injuries directly resulting from the inspection, repair, or servicing of railroad equipment located at a maintenance facility.” Steer v. Burlington N., Inc., 720 F.2d 975, 976–77 (8th Cir. 1983)(quoting Angell v. Chesapeake & Ohio Ry., 618 F.2d 260, 262 (4th Cir. 1980)). “The ‘in use’ limitation gives the railroad an opportunity to remedy hazardous conditions before strict liability attaches to claims made by injured workers.” Wright, 574 F.3d at 620.

The seminal case for starting the analysis is Brady v. Terminal R.R. Ass’n, 303 U.S. 10 (1938).  Consistent with the remedial purpose of the statutes that protect injured railroad workers, the Supreme Court has explained that a locomotive or other vehicle is “in use” when it has “not been withdrawn from use.”  Id. at 13.  That includes vehicles moving from one city to another, as well as motionless vehicles that are on yard tracks undergoing inspection.  Id.  Liability attaches “[e]ven where the required equipment is known to have become defective and the car is being hauled to the nearest available point for repairs….”  Id. at 15-16.  A vehicle is not “in use” when it “has reached a place of repair.”  Id. (emphasis added).

To obfuscate application of this seemingly straightforward rule, railroad defendants have spent decades urging courts to employ a totality of the circumstances or multi-factor approach in deciding whether the locomotive was in-use.  Accordingly, the practitioner should plan to also make an argument under the totality of the circumstances or multi-factor approach as most courts now tend to use this method in determining whether the locomotive was in-use, which is a question of law for the court to decide.  See, e.g., Huntsinger v. BNSF Railway Co., 286 Or.App. 84, 90, Fn. 8 (Or. Ct. App. 2017).

While there is no uniform set of factors or circumstances, the following cases will be helpful in winning the argument regarding in-use under the LIA:

The defendant railroad will obfuscate and often misrepresent the law and facts in an effort to avoid liability under the LIA.  An understanding of the case law is necessary to develop the pertinent facts you need so as to maximize the recovery for the injured railroad worker.

[1] Mr. Crompton grew up in a family of union railroad workers, which gives him a unique and specialized understanding and knowledge of the dangers and difficulties faced by railroad and maritime workers.  He has represented injured railroad and maritime workers across the United States, and has obtained millions of dollars in verdicts and settlements on their behalf.  In addition to specializing in FELA and Jones Act litigation, his practice also encompasses other high stakes litigation including class action, pharmaceutical drug and device, complex commercial litigation, environmental contamination, product liability, trucking accidents, and a variety of other catastrophic injuries.  He has been appointed by courts across the country to a variety of leadership positions and has obtained multi-million dollar awards, as well as resolutions of large, national complex litigations, He has also been recognized by his peers and the judiciary as a distinguished trial lawyer, including receiving the Martindale-Hubbell preeminent AV rating (5.0/5.0), the National Trial Lawyers Top 100 Trial Lawyer, inclusion in the Global Directory of Who’s Who, and designation in Super Lawyers.

[2] Mr. Dowd is a third-generation attorney who grew up in a family of lawyers and judges in the St. Louis area.  He has spent years successfully representing injured railroad and maritime workers across the United States.  In addition to FELA and Jones Act litigation, his practice includes pharmaceutical and drug devices, product liability, trucking accidents, medical malpractice, chemical and toxic exposures, and complex business and commercial litigation.